What do Flesh eating fuzzballs, day-glow shape-shifting aliens and a small Kansas town all have in common? Well, only one of the best remembered scifi horror films of the 80’s.  This is Critters. 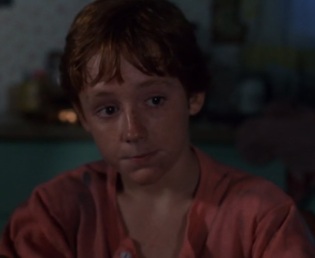 Alien creatures escape a prison transport and find their way to Earth where they terrorize a small Kansas Town.  Pursued by a pair of shape-shifting bounty hunters, the Crites are hellbent on destroying the idyllic small town in order to survive but soon meet with resistance from a kid named Brad Brown (Scott Grimes) and his family.

Starring a wide range of scifi standards including Dee Wallace, M Emmet Walsh, Billy Green Bush, Ethan Philips, Scott Grimes (of The Orville fame) and even Billy Zane, this film is an instant 80’s classic that is not to be missed. 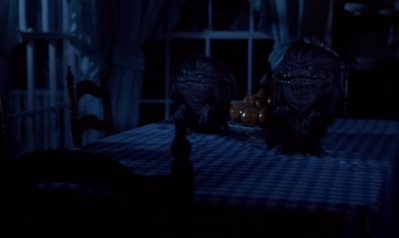 Small creatures were all the rage for a brief moment in 80’s horror/scifi.  From Gremlins to Ghoulies, miniature alien monstrosities plagued screens big and small scaring and delighting fans all over. I remember picking this film up at the video rental store and practically begging my dad to rent it.  We were both scifi buffs and the image of a furry alien monster with a mouth full of teeth intrigued me to no end.

My dad, being the fan that he was, gave in and soon we were delighted by the fun story of a small town alien invasion and how the Brown family do all they can to defend themselves against the miniature menace of the Crites with the help of a pair of shape-shifting alien bounty hunters. We were not dissapointed. 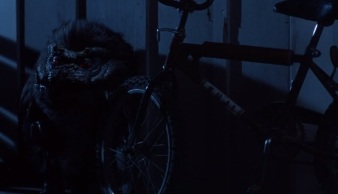 Now, many 80’s films have a campy nature to them that keep them from aging past their prime, they feel old when you go back to watch them.   Not so with Critters.  Amazingly enough every aspect of the film holds up to this day. With a great story, great actors and even fantastic practical special effects, this is one that has truly stood the test of time.

As I re-watched the film for this review I realized how first time director Stephen Herek (Bill and Ted, The Mighty Ducks) managed to keep this film timeless by not really focusing on technology but rather character development and family dynamics.  While this director could have easily chosen to incorporate the early CGI of the 80’s, he instead chose to utilize practical effects and puppetry that really kept the film feeling fresh though the years.  Even the music by David Newman maintains an intensity that is not seen in even triple-A titles of the time.

Casting wise, everyone in this film manages to carry their weight and more. From the lead character Brad, played by Scott Grimes, to even the side characters, there is not a bad actor in the film.   Even in the small moments there is a certain believability to the cast that makes the small town depicted seem real and legitimate.  The cast is also a who’s who of scifi.  From Scott Grimes, who is now on the tv series The Orville to Dee Wallace, who seems to have a thing for aliens showing up (ET), it seems that nearly every character has been in some major Scifi production after this film providing an almost six degrees of Kevin Bacon like nature to the film. There is even a small shout out to Dee Wallace with one of the Critters eating an E.T. plush doll.  Fun stuff!

Frankly, I am surprised that this is not as well regarded and remembered as Gremlins was.  It is one of the most well made ‘B-movies’ of it’s time and is still a blast to watch. 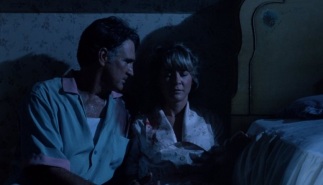 Critters went on to spawn three additional films and, even though the immediate sequel was pretty solid, the others didn’t age so well. (there is a fourth sequel film but we will talk about that one later.)  That being said you can get all four in a box set for around $20 so if you are in for a B-movie night that starts at the high point, this is absolutely the set for you.