The Troll King uses a magical ring to take on human form…but is prevented from destroying the human world by a powerful Witch and Harry Potter Jr. (I am not kidding)

Oh man. When this film came to VHS it wasn’t my dad who rented it it was my mom. It wasn’t often that my mom would rent a film, or insist on one being rented but for some reason this (and Ice Pirates of all things) was one she dug her heals in on. Maybe it was the fact that Sonny Bono was in the film or that it was something else but man she really had to bring this film home.

That evening we watched at the Troll King kidnapped (and replaced) Wendy Potter and the subsequent adventure of Harry Potter Jr as he tried to save his sister from the evil of the Troll King. It has since become one of my favorite childhood films, one that I have pretty fond memories of. Do those memories hold up though? well…

The story itself is actually pretty good. With the Troll King being portrayed in human form by a mischievous girl played by Jenny Beck (in Troll form by Phil Fondacaro) , and Harry Potter Jr played by Atreyu himself Noah Hathaway, it is actually pretty solid and holds up fairly well. Sure it can be a little hokey here and there,but it is actually a magical tale that really has heart that starts to take form when the Troll King starts to transform the building and it’s occupants into his forest dwelling in order to spawn other Trolls in order to take over the human world. Throw in June Lockhart as the powerful Witch and honestly, it’s makes for a pretty cool story. Heck, there is even some moments that tug on your heart strings which surprised me in watching this as an adult. 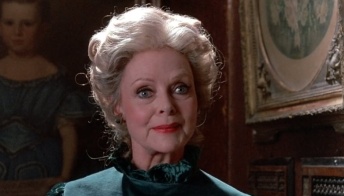 With a really good story, it is great that the cast is actually pretty solid as well. With Noah Hathaway, June Lockhart and even Julia Louis-Dreyfus in her first feature film, there is not a bad actor in the movie. Incredibly it is the child actor Jenny Beck that really stands out. Portraying both Wendy Anne Potter and the human form of the Troll King, she really nails the insanity that comes with being the King of the Trolls. Playing it both dark and childlike, the transformation between being human to Troll is quite believable. To be frank, I am shocked we haven’t seen more of actor Jenny Beck past the 90’s. 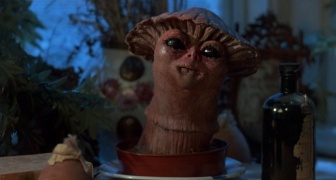 The thing that really makes Troll a blast is the special effects. While the story is good, the practical effects and puppetry really stand out giving the movie a creepy realism that is almost on par with Labyrinth and Dark Crystal. While certainly not Jim Henson the production team do a marvelous job creating the creatures and visual effects with several members of the team moving on to films such as Pan’s Labyrinth and even The Walking Dead.

Watching this again kinda cracked me up when I discovered that the dad was named Harry Potter. Keep in mind, this was made WAY before the books by JK Rowling so there is no connection but I now have this entire backstory that this is the story after the books where Harry and Jenny (who changed her name to Anne) grew up to live as muggles in order to get away from their dangerous life of magic. Harry took a job as a book reviewer only for his kids to inadvertently discover the magical world via Trolls and the unfortunate luck to live in the same apartment as Sonny Bono. I imagine that the Witch, Eunice St Clair (played by June Lockhart), was sent there to watch over Harry and his family, which makes even more sense when the kids don’t seem to react negatively to the magic they experience. In fact, they seem to fully accept it without question.

Hands down, I love this movie and really wish we could have seen more. This film manages to set up a very rich universe full of magic and wonder that, unfortunately never gets to fully blossom. I would have loved to have seen more of this world come to life in a proper sequel but instead we got Troll 2 which had really nothing to do with this film. You can read more about that particular atrocity here from our awesome contributor @dreamforgernick

You can still find this film on DVD as part of a double feature with Troll 2 but, unless you want your brain to melt, you would be better off avoiding the second film. This film is also starting to pop up on streaming and VOD services so keep an eye out on your favorite platform. Trust me, this is a really fun film and one that is worth your while.

To spark your interest…here is the trailer.