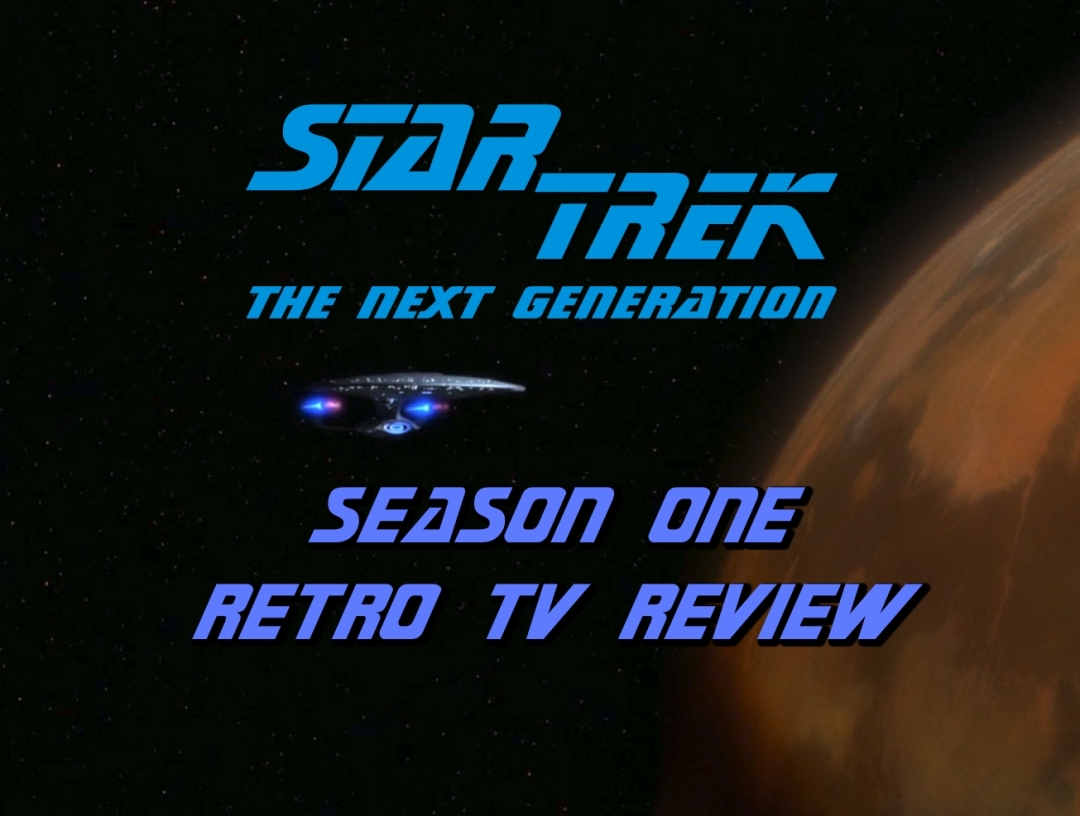 Data has always been one of my very favorite characters so when an episode came along that was a primary focus on his past, I was very excited.   Not only do we get a glimpse into his past but we meet some of his family and family are not always what they are cracked up to be.  So let’s take a look at Datalore, originally aired on January 18, 1988.

The Enterprise is passing through the star system where  Commander Data was originally discovered and Picard decides to take the opportunity to visit the very planet he was found.  While on the away mission, Data and team discover a dismembered Android that looks exactly like Data. Only this Android isn’t exactly what he appears to be…

The Away team discover that the planet Data was found is now a desolate dead planet.  Every life form on it is dead or dying where it was once rich farmland.  Upon further investigation they find a hidden construction that turns out to be the laboratory where Data himself was built.   In the hidden lab, they find evidence of the long dead colonists, even some children’s drawings that look like some sort of attack by a crystal monster.  hmmmmm.

While exploring data remembers that Doctor Noonian Soong, a famed Earth Scientist, was responsible for building him and soon they find the dismembered body of another Android that looks identical to Data himself.  It’s wild that he keeps finding these memories all of a sudden.  I mean, you would think he would have full access to all of this but then again, maybe he would have to know where to look so I give this a pass.

Returning the parts to the ship, Data and a team of engineers, led by Chief Engineer Argyle, begin to rebuild his ‘brother’.  Data confides in Doctor Crusher, showing her his ‘off switch’ (no euphemism intended) so that the Engineering crew can use him as a guide to build his ‘brother’.   They wrap up the project and after a while, the new Android awakens.  The first thing out of his mouth is a lie about Data being made first and was considered a flaw.  He was actually second and that was because this new android, named Lore, was a dick. We find that out later though.

Lore immediately involves himself in the activities of the crew and begins to show suspect behavior.  He hides information and acts as if he is not as smart as he really is.  Lore also seems to show more emotion than Data and with that reveals to Data that he (Lore) feels superior to the human race.  He is soon shown to be clearly disturbed and ends up being more of a problem than Data believed possible.  The problem is that, with Lore’s tendency toward evil, he has plans that inevitably put the crew of the Enterprise in danger.

It all turns out that Lore was the cause of the colonists deaths, He made friends with a crystal entity and brought it to the planet.  In doing so, it literally ate them all.  He of course calls this thing to attack the enterprise but Wesley, despite EVERYONE not believing him, knows that things aren’t right.  Once again, Wesley saves the day….sorta.

This is one of the best, if not THE best episode of this first season.   This is one that really gives the character of Data some deep back story and solidifies his character as a fan favorite.  Brent Spiner, the actor who portrays both Data and Lore, does an amazing job in his dual role.   His range between the two characters is uncanny and there are times where you almost forget that they are not two different people playing the roles.  Lore would, of course, return and have quite the impact on Data and the Crew.

The implications that Data may not be alone even with the death of Lore is staggering.  Did Doctor Soong make any other androids?  If he did, would Data even recognize one if he saw one?  Do they ALL LOOK LIKE DATA?!  Imagine that! An Army of Data’s somewhere?!  Madness I tell you! (all of this is explored later…except the army of Data’s…well that kinda is too in a way, or at least suggested. anyhow, getting ahead of myself.)

In this one, you also learn that Data does not use contractions which is something you really don’t notice. However,  If you go back to previous episodes he does use them on occasion.  In fact, he used them in this very episodes a few times… Was Data lying this whole time? heh. They were much more careful after this episode but still made some mistakes…

Be warned, there Spoilers for future episodes in this clip.

As a kid I loved the character of Data.  When Lore was introduced I was over the moon.  It would be later that he would return and I vividly remember being excited about the prospect.  Lore is, to me, one of the best villains of the series, top 5 at least.

Picard’s first use of ‘Shut up Wesley‘.

The Crystal Entity.   Such a cool creature,  and we haven’t seen the last of it!

We see Chief Engineer Argyle again! As of this episode, the Current record holder for Longest running Chief Engineer on the Enterprise. he better watch out…

We find out that Data has an ‘off’ switch (that will be important later)!

Riker Beard Countdown B minus 14 Episodes until Beard Emergence.

Thanks for reading the Retro TV Review.   I look forward to discussing the rest of the series with you, one episode at a time every Monday, Wednesday and Friday!  Next Review: 11001001

Star Trek and all related marks, logos and characters are solely owned by CBS Studios Inc. This fan production is not endorsed by, sponsored by, nor affiliated with CBS, Paramount Pictures, or any other Star Trek franchise, and is a non-commercial fan-made production intended for recreational use.  No commercial exhibition or distribution is permitted. No alleged independent rights will be asserted against CBS or Paramount Pictures.