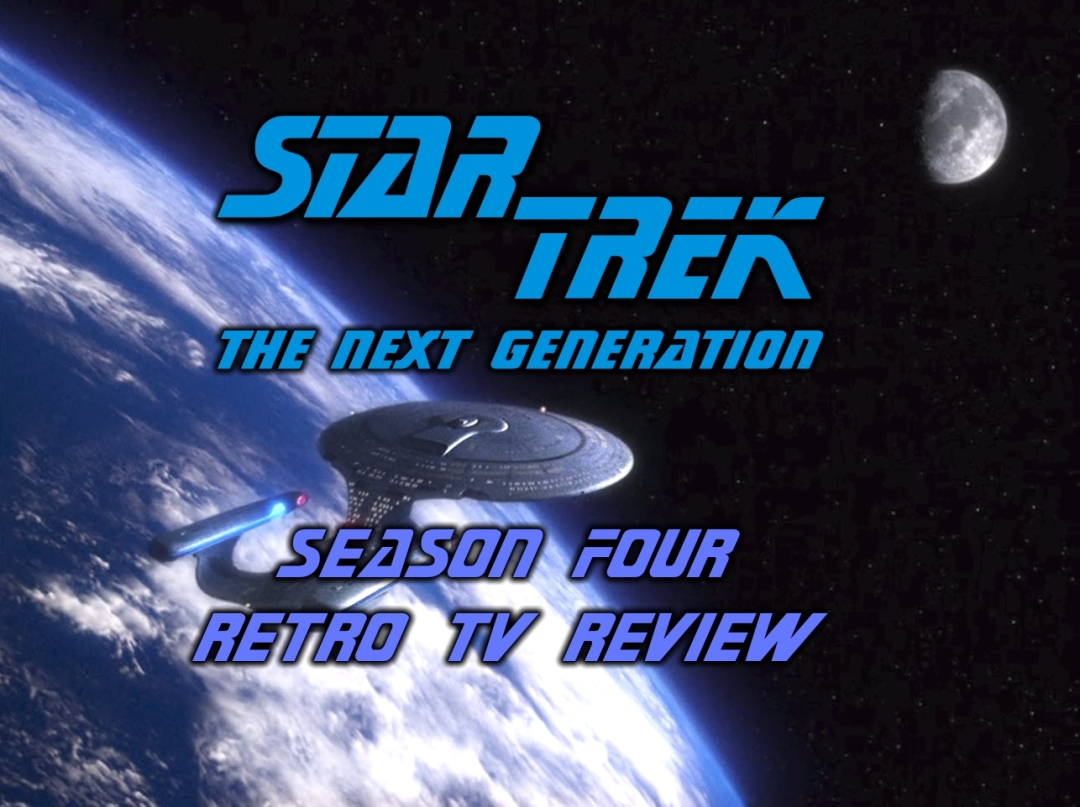 Q returns in a fun lighthearted episode about love and life. Q owes a debt to Picard and must see it paid.  How does he do that?  Find out in the episode that originally aired on  April 22, 1991.  This is Q-Pid.

Picard travels to Tagus III to give a lecture on Archeology when both an old flame and the infamous Q arrive only to spoil his plans.

After a long night preparing for his speech, Picard arrives in his quarters only to encounter both his old horga’hn and his old flame, Vash.  The next morning, breakfast is interrupted, much to Picards dismay, by Doctor Crusher.  After an awkward introduction,  Beverly gives Vash a tour of the ship, introducing her to the other crew members.   While in ten-forward, the ever vigilant Riker makes a pass a Vash but she immediately disables him by informing him that she already knows Riker via Picard.  Riker continues Vash’s tour that ultimately ends at the Bridge with Vash briefly sitting in the captain’s chair. After the tour, Vash expresses disappointment in hearing that Picard has not mentioned her to any of his friends and storms off. Picard returns to his ready room, only to be greeted by Q.  Q owes Picard a debt and is there to repay Picard then and there. 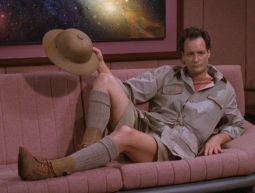 After making many offers, and being turned down on all of them, Q leaves but Picard is not convinced that he has seen the last of him and how correct he is.  Picard goes to visit Vash in her quarters to apologize for not telling anyone about her.  He then discovers that she isn’t there just for him but also to gain access to the forbidden ruins of Tagus III.  She plans to steal artifacts from the site and Picard informs her that this is unacceptable.  After witnessing the interchange, Q decides to give Picard what he wants and give Picard a chance to show Vash how much Picard cares about her.  Q is intrigued by this ‘vulnerability’ Picard has and, during Picard’s speech, Q transports Picard and his senior staff to Sherwood Forest as Robin Hood and his band of Merry Men.

Before long, Q appears again and explains that Picard can play through his game and save Vash from Sir Guy or she will be executed.  This is not a hologram but indeed the real thing, the danger is indeed real.   Meanwhile Vash meets with Sir Guy and begins to do what she does best, talk her way out of a bad situation.  As Picard plans her rescue, she agrees to marry Sir Guy in order to save her own skin.  Q is dumbfounded by this turn of events and is determined to find someway to disrupt her plans.

During the rescue, Vash and Picard begin to argue which disrupts his attempt at saving her.   Picard is caught in the act and discovers that Vash was in on the capture the whole time.  She is in this for herself of course.  After Picard’s capture, Vash sends word to Jean Luc’s crew to alert them of her plans.   Q arrives and realizes her plan.  He is impressed by her duplicitous actions but foils them as he is not to be undone.

The next morning the execution begins and Picard’s crew appears, led by Riker, in a rescue attempt.   After a brief battle, Picard confronts Q and Q returns them to the Enterprise minus Vash.  Picard soon learns that Vash and Q are planning to travel together as partners and Picard tells Q that his dept will be repaid if Q can guarantee Vash’s safety.  Q agrees and they depart for further adventures. 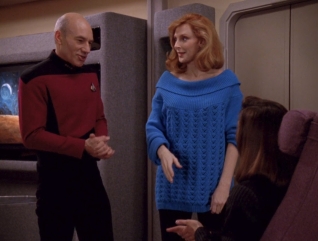 Like nearly every other Q episode it is a fun one.  Q is delight to watch and is one of my favorite recurring guest stars on the series.   This one isn’t here to provide more insight or to further a deeper story, it is just here to entertain and it does it in spades.  Sometimes, that is all you need.

While the intention isn’t for more character development, it still manages to sneak some in along the way.   Picard clearly has feelings for Beverly as, when she meets Vash, he is rather…embarrassed with the situation.  I believe it is one of the rare times we actually see the Captain stammer.  We also get a sense that, while Q enjoys playing with the crew, he does not harbor any malevolence towards them any longer (at least for now).  He sees Picard as a fun foil that he can tease on occasion but, when it really matters, he wants the best for his friend.

We learn that, apparently, Worf does not like lute music…and we also learn that Geordi can’t play the lute.

It is a joy to see the crew in a light hearted setting. Seeing them in spandex leggings is just another fun bit.

Fun fact, this is the 200th episode of Star Trek produced as a franchise if you include all of the Original Series! (it is number 93 in TNG)

We don’t see Vash again in this series but there is somewhat of a continuation of the Vash and Q story in Deep Space Nine.

Thanks for reading the Retro TV Review,  I look forward to discussing the rest of the series with you, one episode at a time every Monday, Wednesday and Friday!  Next Review: The Drumhead