With a title borrowed from the Beatles song It’s All Too Much, The Orville travels to a planet where your birth sign determines your fate.  Let’s explore, All the World is Birthday Cake.

After the Orville makes first contact they soon discover that two members of the crew are considered outcasts due only to the fact that they share a birthday.  Meanwhile, the Orville gets a new crew-member. 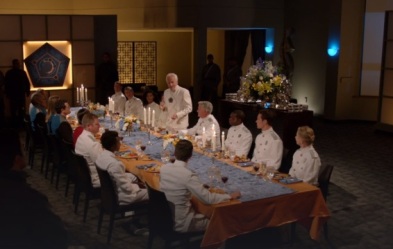 I love first contact stories, from the classic first meeting between Humans and Vulcans in Star Trek, the arrival the Visitors in V,  to the brilliantly written book by Carl Sagan entitled Contact, this singular event has been something of a passion of mine.   The idea of being the very first to meet a new species, to discover that there are other civilizations in the stars is incredibly fascinating and something that I hope happens in my lifetime.

The thing is, even if it does happen, there is a very big chance that there will be cultural differences that could very well derail any hope of connection between the two species.  On our own planet there are simple actions that are fully acceptable to one culture but are considered vile insults in another so what are the odds that a simple offer of a handshake could spell doom for our species during a first contact scenario?  Today’s episode is about this very thing, how two species meet and have such a simple cultural difference that is completely derails the relationship to a point that may not be repairable. 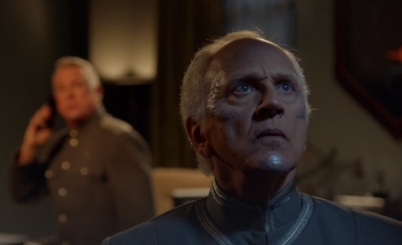 Interestingly enough, our own society is fraught with arbitrary believes on birth signs and luck as well.  For centuries people have followed their horoscopes with the vain hope that it would tell them secrets or hints of what to do with their lives.  I have even found myself checking it on occasion and, depending on how they are interpreted, there is some truth to them. That, is the scary part.

Anyone can find a nugget of truth in a mountain of lies, in fact, most people see truths or revelations in things that are simply not there.  Now, Imagine an entire government based on such an arbitrary thing like your Birth Sign.  How would you like to have your entire life determined by the placement of a star or an ancient version of connect the dots?  Doesn’t sound fun does it?  This is what I love about good science fiction, not only can it be solid entertainment, it also forces you to think about the things around you and the world you live in.  It can be difficult to do but The Orville delivers on a great sociopolitical message without being too heavy handed about it.  Plus, they manage to take a first contact scenario and are able to it a breath of fresh air. 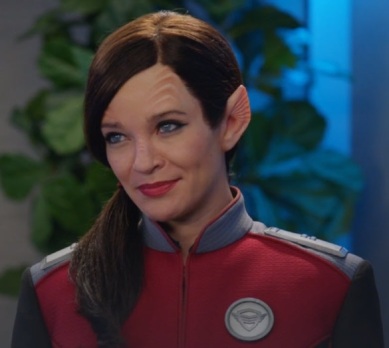