We are back with episode two of season two of Star Trek Discovery and, after a terrific season opener, I am going in with the hopes that this episode will continue the excitement we were left with in the last installment.  Let’s see what happens, shall we?

After Burnam learns that Spock is in a Starfleet psychiatric ward, the Discovery detects another of the 7 signals and heads to a far off planet using the now officially decommissioned Spore Drive.

Upon arriving they discover a 21st century human colony in an area of space that, according to Star Fleet record, no humans have been to yet. Somehow connected to the red angels, Pike and team begin their investigation of the planet while the Discovery discovers that the planet itself may be in danger. 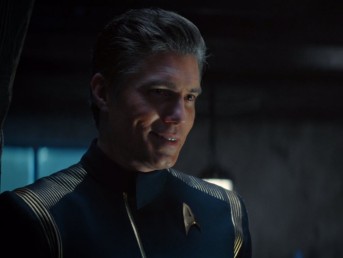 Once again, this feels like the Star Trek I grew up with. The sense of adventure, optimism and fun are all back and boy does it make a difference. We get more of the ‘Search for the Signals story’ but at the same time get some more face time with Captain Pike.   I have to say, I really like him as Captain on the Discovery and, even though I know he has to return to the Enterprise after this, I kinda hope they do the Pike Five Year Mission series as well.   What I didn’t realize until this episode is that now I know why he seems so familiar to me, this is the same actor who played Cullen Bohannon on the tv series Hell on Wheels with fellow trekker, Colm Meaney (Chief O’Brien for you folks playing at home). If you like westerns I highly recommend Hell on Wheels.  It’s pretty solid. Man, I almost feel like we need a new version of Six Degrees of Kevin Bacon but with how interconnected everyone is with Star Trek.  Anyhow, lets get back on track, Once again, Pike stole the show and I am already looking forward to next week! 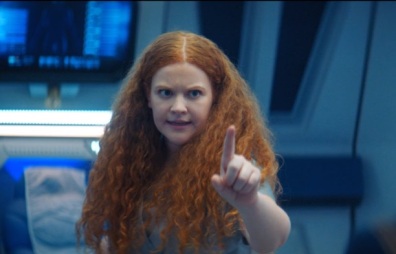 While she is still a primary character, Burnam takes a little bit of a middle seat this episode with the story focusing more on the ensemble nature of the crew instead (Something I felt was lacking in season one.)  That being said, the big standout this episode is Ensign Tilly. For the entire first season I found her annoying and frankly wanted her to put on a red shirt and walk out an airlock. Gone is the annoying Chippy the Starfleet Cadet and in her place is a much more well established Ensign who, unlike a certain Voyager Ensign, I am almost positive will even make Lieutenant by the end of the series. Not only do we get to see her in action trying to save a planet from destruction but she is given some great character growth with a mystery woman who may or may not actually be there.  I love a good mystery and this show has it in spades. 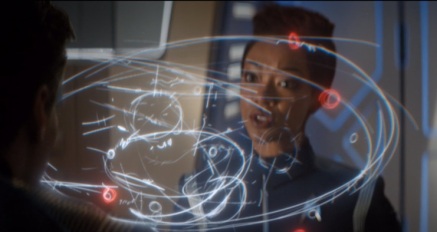 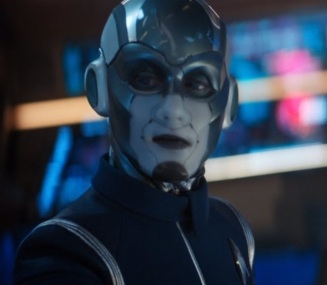 Thanks for reading the Scifi TV Review, I look forward to discussing the rest of the series with you!

and some cool teasers of next weeks ep!