I am Worf, son of Mogh. I have come to challenge the lies that have been spoken of my father!

Thus begins the long and stories tale of Worf, Son of Mogh.  Worf eventually becomes one of the most fleshed out characters in the Star Trek franchise and this episode marks the beginning of his journey to find himself in the Klingon Culture.

The Enterprise welcomes a Klingon Officer as their new first officer in a special exchange program.  Soon Worf is pulled into the politics of the Klingon Empire and discovers more about his own family in the process.

Commander Kurn arrives on the ship as part of the Officer Exchange Program and immediately ‘instills Klingon discipline’ into the crew.  As they go about their routine mission, the crew are upset with how rough Kurn is on them.   The only person Kurn is easy on is Worf himself as Kurn continues to patronize him by being ‘easy’ on him and praising Worf unnecessarily.  This angers Worf but this anger doesn’t come to a head until after a special dinner in which Kurn indirectly insults him in front of the senior staff.

Infuriated, Worf confronts Kurn in Kurn’s quarters and Kurn reveals that he is actually Worf’s younger brother and has been testing him this whole time. He only survived as he had been left behind on the Klingon Homeworld Qo’nos when Worf and his family went to Khitomer.  He is there to inform Worf that their father is accused of treason and the family name has been dishonored.  Kurn asks that Worf return to Qo’nos to defend his family name or face the charges against him.

The Enterprise goes to Qo’nos (the Klingon Home World) where Worf stands in defense of his house. Kurn remains silent about his heritage but stands by Worfs side as his Cha’dIch.   After giving their statements the head of the Klingon council speaks to Worf and begs him to return to Starfleet and forget the challenge.  Worf refuses stating that it is about the honor of his family.  Soon Kurn is attacked by Duras, the son of the house that is challenging Worf’s family honor.  Kurn is stabbed but is saved by Doctor Crusher.

Worf asks Picard to be at his side as his Cha’DIch in place of Kurn.  Picard accepts and is immediately challenged in the council chambers. He stands his ground and proves that he is worthy.

On the Enterprise, Riker and Data begin researching the Khitomer incident of which Mogh is accused of being a traitor.  They soon find another survivor who may be able to clear things up. They inform Picard who goes off to find this woman in the Klingon city.  He finds her and she refuses to assist Worf as she is ‘dead’ and can not speak for the House of Mogh.  She tells Picard that Mogh was not a traitor and went to Khitomer specifically to find a traitor that Mogh suspected of colluding with the Romulans.  Picard leaves and is attacked by three Klingons.  He manages to kill two of them and the third is taken down by Kahlest, the old woman, and seeing his bravery in the fight, she agrees to testify for Worf.

Picard brings Kahlest to the council chamber and disrupts the proceedings.  This reveals that it is indeed Duras who was the traitor and they never believed that the son of Mogh would return to protect his house.  If Duras’ father is shown to be a traitor it could plunge the Klingon House into civil war.  The House of Mogh will be condemned no matter what and Worf’s life is at risk.  Worf is willing to accept dis-commendation in open council as long as he and Kurn are allowed to live.  Picard explains to Kurn that what Worf is doing is for the honor and lives of them all.  That Kurn should never forget what Worf is doing for them both.

The episode ends with Worf being drummed out of the Klingon Empire, the House of Mogh is no more.

There is no doubt that this is one of the finest Worf stories so far and would be the beginning of a huge story arc that lasts well into Worf’s time on Deep Space Nine.  This is another episode that has only one story and that is all it needed.  We get a deep look into Worf’s family history, Klingon culture and even the relationship he has developed with Captain Picard.   Worf’s sense of family and honor take a front row seat in this one and the story does not disappoint.

Michael Dorn nails his role in this one and you can tell that he truly understands his character in every way.  Every action and inflection is measured to perfection in his delivery as Worf Son of Mogh. 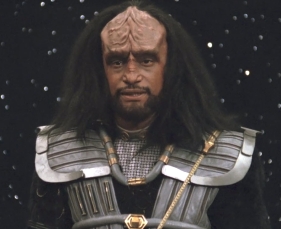 Tony Todd, playing Kurn, is a delight in this episode and plays the part of Worfs Brother perfectly.  He is intense and gives you a deeper sense of what Worf could have been like had he not been raised by Klingons. I love Tony Todd as an actor.  He has such a presence and demeanor about him that just commands respect.  I absolutely adored him in the classic horror film series Candyman and when I realized that he was the man who played Kurn, I was elated! He did such an amazing job as a Klingon that I didn’t even realize who he was under that makeup.

I look forward to more with him and additional visits to the Klingon Empire.

We will see more of the Duras family for many episodes to come.  This is one family that will not be silenced.

This is the first time in the history of Star Trek that we get to see the Klingon Homeworld on screen. It looks rather bleak to be honest which explains why Klingons are always so harsh.

There is a nice continuity callback to Riker’s time on a Klingon Ship.  He mentions this to Kurn when offering advice and Kurn politely tells him that his suggestion would get him killed on a Klingon Vessel.

Although Worf is stripped of his house name and his sash removed, he continues to wear his Klingon Sash in the following episodes.  I guess they let him keep it as long as he doesnt wear it to any official Klingon functions.

The episode is filmed in very dark tones throughout making the episode feel dark and somber.  For the screenshots, I have lightened them up a tad so you can see the details of the scenes better.

Kurn will return as his story is just beginning as well.

Thanks for reading the Retro TV Review,  I look forward to discussing the rest of the series with you, one episode at a time every Monday, Wednesday and Friday!  Next Review: Allegiance