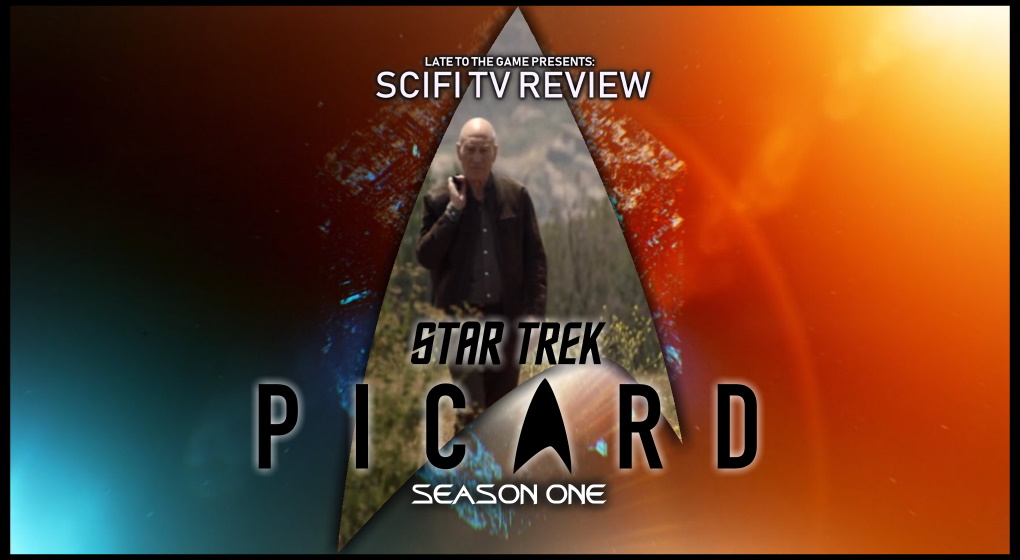 As I have grown I have learned the folly of anticipation. What does this mean exactly? Well, let’s go back to 2008 and a certain film which will remain nameless (but involved a fedora, a whip and skulls). I went into the theater teaming with excitement, here was another installment of one of my childhood icons, I left the theater upset, angry and bitterly disappointed. Was the film bad? Well yes it was but that wasn’t the problem, I had failed myself by becoming much to excited for something allowing my expectations to overrun anything that they could ever make. Simply put, they could never have made a film that would meet my lofty expectations and frankly I should have accepted that. After a few more ‘minor’ similar experiences with other films and tv series I began to realize this flaw in myself and for many years simply stopped getting excited about…stuff. Trust me, it sucked but you know the saying, fool me once… yeah I had been shamed and I was done with that.

While I am not as strict or heartless as I was when I started the ‘lack of expectations’ train, it has gotten me through some pretty rough films and series as of late. However, I let my my guard down once again and sure enough had a difficult time with one of the latest Star Trek series, namely Star Trek Discovery. If you have read any of my reviews of season one, I was not happy with what we got and frankly was shocked when I paid to watch season two. I am a Trekkie so there is that. However, Season Two impressed me and gave me hope that Star Trek was back and in a pretty substantial way. Then they announced the grand slam of grand slams…a return to the post Star Trek Nemesis timeline with Star Trek Picard. For the first time in a long time that glimmer of excitement and anticipation was back and it scared me. Needless to say, I was not dissapointed in the least.

A retired Admiral Jean Luc Picard comes face to face with his past in more ways than one as he meets a strange young woman with a secret. Driven by a past sacrifice, Picard becomes determined to have one more journey even if it is his last.

I will be careful not to spoil things for you here but there will be some very minor ones so bare with me. I will save the real spoilers for the Gleanings section below.

We open the show with one of the most incredible sights you can see, the Enterpirse D in her full glory. No, of course she is not back but it is a pretty great sequence that mirrors that of the classic TNG series in so many ways.

The Picard we meet in the beginning of the episode is a shadow of his former self. He no longer stands tall and proud in the uniform of a Captain in Star Fleet, instead he a weary and somewhat broken man who has retired to his family Chateau in France. Still stricken by the loss of his friend and crew member Data many years prior as well as a great catastrophe that caused him to loose faith in Star Fleet, the Picard we knew is not dead but, as he states later in the episode, he has been waiting for death.

Soon we are introduced to the mysterious Dahj who, just after being introduced preforms an action scene that could have been pulled straight from a John Wick film. Almost immediately it is abundantly clear that this is not a solemn endgame story like that of Logan but this is truly the beginning of an epic adventure.

The cast in this first episode is tremendous. From Patrick Stewart himself returning as Picard, Brent Spiner reprising his role as Data to Isa Briones who plays Dahj herself, the show-runners have really done a tremendous job pulling together some incredible actors. Not an ounce of dialogue nor story is wasted in this initial episode as it provides the perfect building blocks that introduce us to the Star Trek Universe post Nemesis. The Federation and even Star Fleet itself is not the same as it was twenty plus years ago and frankly, it shouldn’t be. This new world mirrors our own, slightly broken and falling apart while everyone marvels in the wonder of what once was. The beauty of this episode is, it doesn’t seem like the story is about fixing the Federation, it is a story about personal redemption and reclamation that may not even be Picard’s own.

One aspect I love about this is that it does what Trek has always done best, Star Trek Picard is taking a very topical issue and addressing it with a solid story. I won’t say what that issue is in this review but if you pay attention, you will see what I mean. Director Hanelle Culpepper along with writer/Producer Michael Chabon have created something special here and frankly do an incredible job bringing everything to a familiar yet new place. They get it and that is very clear. Culpepper and Chabon could have easily made this nothing but a piece of fan service, a by the numbers return to the now classic series and no one would have been upset with that. Instead they chose the tougher route and frankly, it pays off in every way. Thankfully, they don’t play all their cards in this hand saving more for later episodes.

Bottom line, I was excited when this series was announced and, despite my stanch desire to keep it limited and subdued, I could not. Thankfully, the folks at CBS did not disappoint in the least. This is my childhood returning once again and damn does it feel like it has grown older along with me but somehow retained it’s familiarity. Sure it looks and feels different but that’s what happens when you get older, but if you look you will see the same soul of Star Trek in the eyes of Picard that you saw all those years ago.

Star Trek The Next Generation Measure of a Man

Star Trek The Next Generation Offspring

You can watch this episode now on CBSAllAccess. Do it now. It is well worth it.

Thanks for reading the SciFi TV Review I look forward to discussing the rest of the series with you!