Today’s film is one that, while key in my life, was played so much that I almost got to the point of hating it. So, let’s talk about…Saturday the 14th.

A family moves into a cursed house only to run afoul of a vampire and his wife who want something from inside their inheritance. Starring Richard Benjamin, Paula Prentiss and Jeffery Tambor, this film parodies the classic horror films like Dracula, Wolfman and more. It gets bad on Friday the 13th but gets worse on Saturday the 14th. 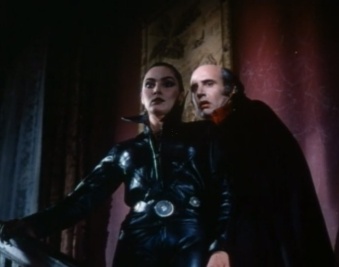 Have you ever had one of those films that someone plays over and over again to the point that it becomes a film you dread to watch even if you once loved it? Yeah, that is Saturday the 14th to me.

If you have been following my blog for any length of time you know that my family was obsessed with horror films. We watched them all, from B-movie schlock to iconic films like The Thing, Horror was a mainstay, a way of life for us. My mom, while she appreciated horror rarely had one that she was enthralled with…until we found Saturday the 14th. Renting it from the local video store we sat down to watch what was to become a regular tradition in our home and soon, every Saturday the 14th, after being denied the adventures of Jason Vorhees the day before, we would watch a film of similar name the very next day. Like clockwork my mom would insist we watch this horror comedy as if it were a rite of passage required to get us through that weekend. Over time, I hated this film and have not seen it in nearly twenty years….until today.

You hate it, but is there any chance for redemption? 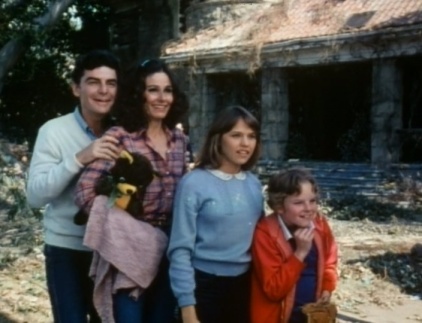 Watching this film again as an adult I get the attraction my mom had to it. It’s NOT a good film, in any way, but it is fun and silly in a way that actually works. Now, don’t get me wrong, this is a VERY dated film and one that can really only be appreciated if you have a love for the classic Universal monster movies.

Watching it now, I find it is actually quite fun, almost on par with Monster Squad, not quite but almost. It’s it silly humor that borders on absurd and, for that, it has a charm. Plus, you really cant go wrong with Jeffery Tambor in those days with his dry deadpan manner, he’s pretty fantastic. The real stars of the film are the kids though. Played by Kari Michaelson and Kevin Brando, they are the one’s who face the creatures while their parents (real life spouses Richard Benjamin and Paula Prentiss) are oblivious to the nightmare that could threaten the world. Full of subtle (and not so subtle) references to the horror classics of old, it is a fun and, fairy family friendly for it’s time never really crossing into the PG-13 realm in either visuals or language making it a rather safe film for my mom to latch on to. The only reason I detested this film so much was it’s constant viewings we were subjected to, although it really wasn’t that often considering the frequency of that particular date. It’s funny how memory works huh? 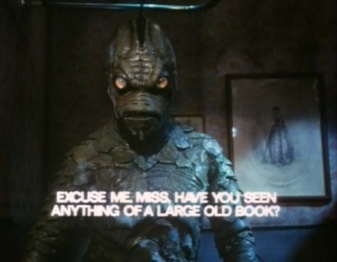 The film itself is VERY low budget but done in a way that never really requires anything substantial. Using all of the classic horror film methods with cheesy makeup, rubber costumes, creepy lighting and more. Although low budget, it is still well made considering with a cast that fully embrace their roles, no matter how campy. To be honest, I am rather shocked this hasn’t gained more of a cult status along the lines of Rocky Horror or The Princess Bride. It’s pure, fun camp and for that in really needs to be remembered and rediscovered by modern audiences.

You can actually pick this one up on Bluray from the masters at ShoutFactory. I love that they bring these films to the masses and this one is one that is worth giving a go. You can also watch it on Amazon Prime and, honestly, it’s worth the time. If you are looking for a fun, silly film that the whole family can enjoy, look no further…just don’t run it in the ground like my parents did….your kids may not come to appreciate it if you do.

File under: So bad…it’s actually good.