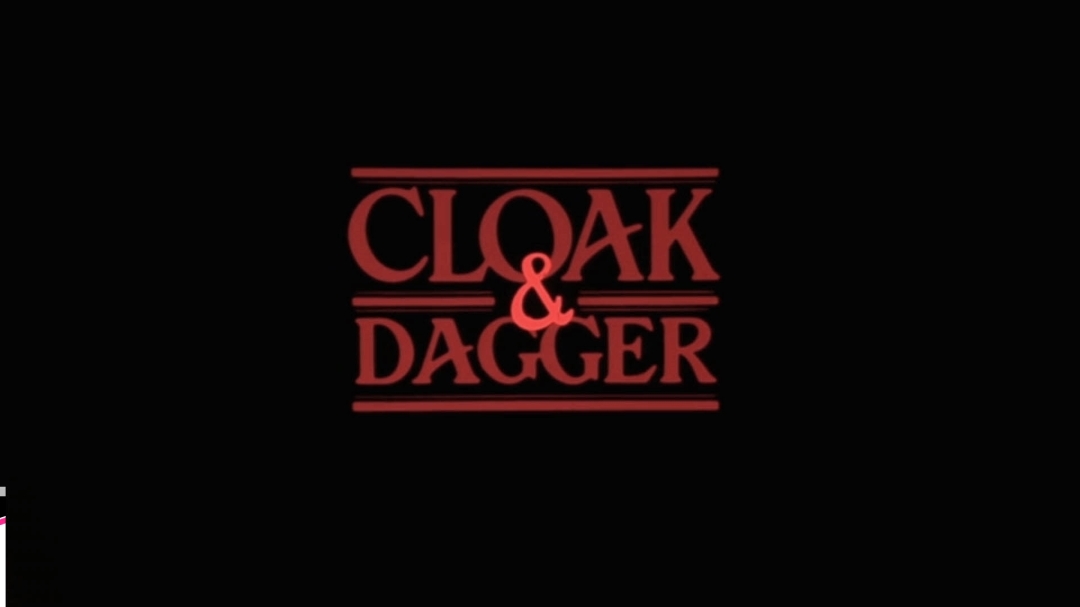 There are Key Movies of My Life that I love despite how silly they really are.  Some that, although they have a special place in my heart, they are just goofy films that are really just for the kids of the 80’s.  While I love today’s film with all my heart, it is one of those films.  It is a piece that could never be made today as it is just too far fetched and unbelievable but it is still seminal movie of my youth,  I present to you Cloak & Dagger (1984)

Starring Henry Thomas (of E.T. fame) this film follows as Davey Osborne (Thomas) as a kid who gets wrapped up in an international spy ring all because of his infatuation for video games and his imaginary friend, Jack Flack (Played by Dabney Coleman, who also happens to play his widowed father).

As a kid in the 80’s there were a ton of films that followed kids and their outrageous adventures.  From Goonies to Explorers to D.A.R.R.Y.L. and on they were commonplace in the theater and home video market.  Many of these films were ones that I loved from the get go with Cloak & Dagger being one of them.    I immediately identified with the lead character as being a kid who wasn’t understood by his parents and felt alone in the world.  It also didn’t hurt that the lead was Elliot from E.T., which was one of my favorite movies as a kid.

Plus, it was an action film for kids!  I mean really, this isn’t a film many parents would want to sit through, it is clearly one that was made for a younger audience but has all the trappings of an adult Spy Thriller.

How did this translate to real life?

Video games and Roleplaying games are a key factor in this movie, something that I love to this day.   Watching the characters play the games made me want to experience them for myself on my little Atari 2600.   Games like Berzerk and Spyhunter brought me into the spy thriller as never before but sadly I never got a chance to play the game from the movie as, that version, was never released.

A lot of this film was based in and filmed in San Antonio, Texas and, having grown up in Texas, I was immediately familiar with the setting of the movie. As a kid, I would get a chance to visit some of the iconic places in the film and it was pretty cool.  From the River Walk to the Sunken Gardens, visiting these places brought me back to key moments in the film and it was pretty cool.   Those places still exist and, to be honest, haven’t changed all that much from the film.

This is debatable.  I like it, it’s a fun film that follows a couple of pretty decent child actors, Henry Thomas and Christina Nigra , and for a kid in the 80’s this was one of the coolest Spy Thrillers I had seen.   It had everything; video games, board games, real danger, and even familiar locations.   How could I not like this film!

The truth is it is pretty dated and, unless you are a fan of 80’s films or just like movies in general, I can’t recommend it.  The actors are really good and the filming is solid but it is VERY 80’s in it’s look & feel and that is very apparent throughout. I’m not saying it’s bad, just dated and completely unbelievable.  Think more Roger Moore than Daniel Craig.

Watching this as a kid, I saw it as a fun spy thriller where the kids do the action packed things normally only reserved for adults, as an adult I keep asking myself where their parents are in all of this. Well we know where Davey’s is but still, San Antonio (even in the 80’s) isn’t a city where you would want kids just roaming around unsupervised.

Sadly I couldn’t locate a good copy of the Trailer to show you but here is the ending scene where his father walks out of an exploded plane ( at the 2:35 mark): only if you want spoilers:

If you are still interested in it, and I haven’t scared you off (not all movies are for everyone and that’s okay!) you will probably run into this film in the bargain bin at your local department store.  I’ve seen it show up on occasion.  You can also get it from Best Buy for around $10.   I own a copy, and still enjoy it to this day.

I also recommend IO9’s writeup as to why this is one of the 80’s most messed up kids films.  It’s a hoot.

Thank you for reading today’s Key Movie of My Life,  If you would like to read more reviews please check out my past Key Movies Of My Life that comes out every Thursday and also a complete review of Star Trek Discovery.  Be sure to check out our contributor Darkmovienight with the New Movie Reviews every Sunday.