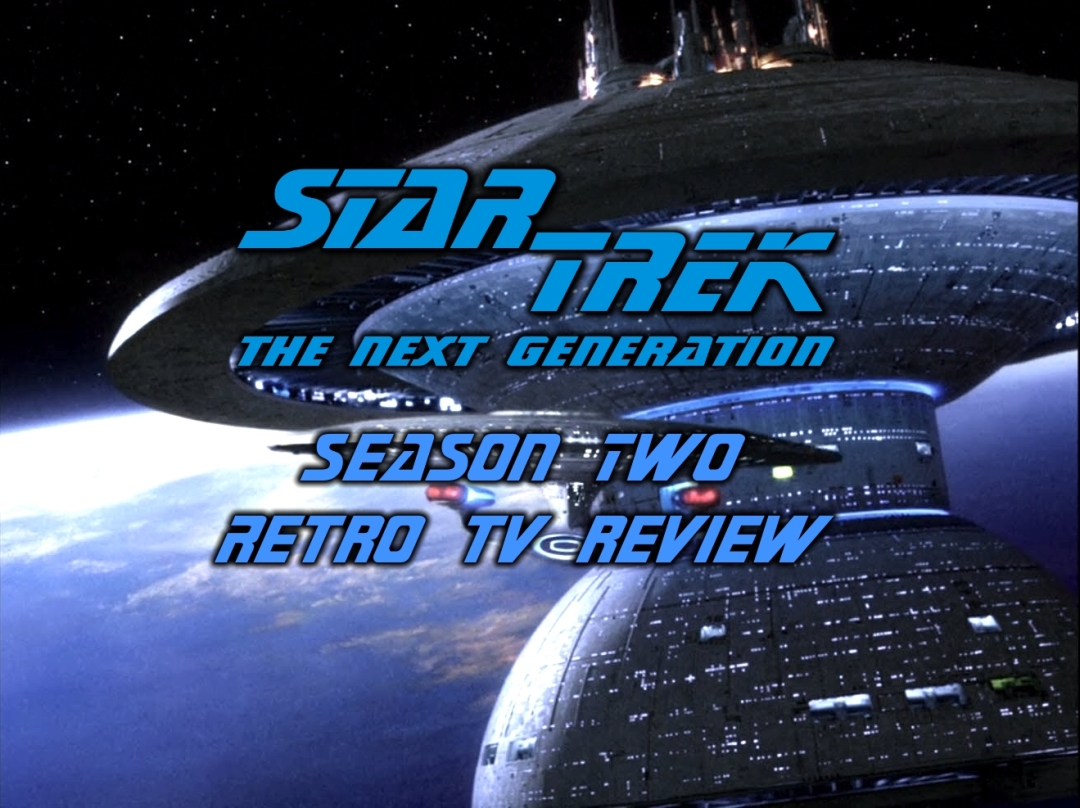 Season two has some highlights but it also has some rough patches.  Sadly this is one of the latter.   In what is basically a retelling of Romeo and Juliet (and not a very good one at that), originally airing on Feb 20,1989, this is The Dauphin.

The Enterprise is called upon to transport a dignitary that is believed to be the only one who can resolve a centuries long civil war due to her being a child with parents from either side of the war.   Along the way she and Wesley Crusher become enamored with one another threatening the mission at hand.

After beaming up Salia, the dignitary who is to help resolve a civil war, and Anya, her protector, Salia and Wesley bump into one another in the corridor.   They immediately connect and, despite Salia’s interest, Anya ushers her away.

Troi senses that there is something not quite right about the two people but can not pinpoint the issue.   Meanwhile Wesley continues to be smitten. He has the classic puppy love syndrome but that’s the main story so I won’t bore you with the details. In a nutshell Wesley likes Salia and Salia likes Wesley but she must fulfill her destiny

We soon discover that Anya and Salia are allasomorphs (shapeshifters of sorts) and that Salia’s interest in Wesley threatens the mission at hand.   Things eventually work out and she returns to her home planet.  We never hear from her again and really, I’m okay with that.

As you can tell from the description above it is…okay, fine it’s pretty bad.  This is basically the story of Romeo and Juliet but without the poison at the end.   It is far from my favorite episode and honestly is pretty forgettable overall.  I will admit,  Wil Wheaton does a good job.   I loved him as an actor back then and he really puts everything into this role.  There is a reason there are not many Wesley Crusher centric episodes and Will’s acting is not one of those reasons.

Then there is the crazy shapeshifting, I mean look at this:

We get to see more of Wesley Crusher and his being a teen in this one.   I guess that is cool.

Wesley get’s his first kiss so there’s that!

We are introduced to a race of shapeshifters that we never see again.

Worf describes Klingon sex and even mimics the female Klingon’s love lure roar and that the Klingon men read love poetry… oh jeez…how did this series even make it past season two?

Okay,  those are all a stretch.  This one was a bit of a stinker and can be skipped with little loss of overarching storyline.  There are some good bits but overall, eh.  Let’s move on shall we? ( I keep saying that but like a train wreck I keep going! yeesh)

And by the way,  the title of the show The Dauphin has really little to do with Porpoises or Dolphins.   It is a reference to  the title given to the Heir Apparent of France.  The word does translate to Dolphin (as in the ocean mammal) but it only refers to their coat of arms which has a Dolphin on it.  So there you go.  You learned something from this forgettable episode.

Thanks for reading the Retro TV Review,  I look forward to discussing the rest of the series with you, one episode at a time every Monday, Wednesday and Friday!  Next Review: Contagion