I have said it before and I will say it again, this season is worlds better than season one.  Even the lackluster episodes manage to keep your interest and it just goes to show how skilled this cast and crew are on this series.  So, without further adieu, this is Saints of Imperfection.

Tilly is trapped in the mycelial network as Burnam deals with the possible loss of her friend but Stamets has a plan to get her back.  Meanwhile Pike is still on the Search for Spock but ends up finding a certain mirror universe Captain who is working for a certain secret branch of the Federation.

I am really enjoying the absurd weirdness that this season seems to have no problem embracing.  From the giant red data blob in the last episode to the strange mushroom universe that is becoming more and more of an important factor, this series is not afraid to dive into the science fiction that the franchise is known for. In this episode,  not only do we have a mushroom spore drive but we also have a strange upside down like world that has apparently been harmed by the very Spore Drive the Discovery has been using for some time.  Additionally there is a biological transporter that reminds me if something out of The Thing and the alien named May who has grown quite attached to Tilly.

All that being said, this is one of those episodes that mostly exists to move the plot forward.  In a nutshell, we had more of the Mycelial Network, more of the random Georgiou appearances, the return of Tyler and more of Tilly and her spore friend, that’s a lot to cram into a 45 minute episode.  While some interesting things happened, there was not really one aspect that was stand alone nor one that had a deeper story. Sure, that is not always a bad thing, but we already had this with the very random episode Point of Light and frankly, I would rather see the plot move forward with some solid ‘A’ stories than just another filler episode filled with a multitude of ‘B’ and ‘C’ stories.  All in all though, better than Point of Light but not the best episode this season, even though I imagine we will see many of the new threads from this one pop up again.

Only one more episode until what looks like a mid season break and from the looks of it, Saru and the crew are about to go break some Prime Directives. 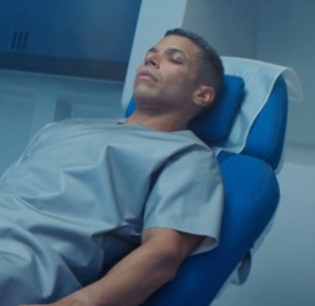 Thanks for reading the SciFi TV Review,  I look forward to discussing the rest of the series with you! Some teasers of next weeks episode below.  Have Fun!