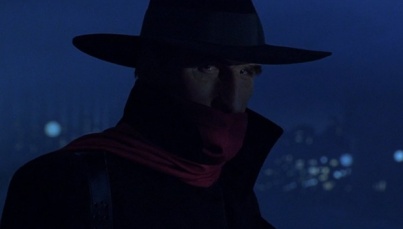 Last week we talked about The Phantom, this week, let’s discuss another classic pulp hero who made it to the big screen, The Shadow!

When The Shadow hit the theaters in 1994, my father was ecstatic.  Here was a classic radio drama hero from his youth finally being given the recognition the character deserved.  Sure, we had Batman and Superman, but to have one of his favorite mystery characters arrive on the big screen was an event unto itself.

With an all star cast including Alec Baldwin as the title character, John Lone, Penelope Ann Miller, Peter Boyle, Ian McKellen, Tim Curry, James Hong, and Jonathan Williams The Shadow must go up against his ancient enemy in the form of Shiwan Khan who is planning to once again try to take over the known world by threatening the city with an atomic bomb. With all of the makings of being a smash hit,  Somehow, it didn’t quite set the world on fire.

As I indicated earlier, this was a film my father was super excited for so, of course, we made it into the theater soon after it’s release.  In the months prior, together we dove into the history of The Shadow and his deep and shrouded history.  Between recordings of the radio drama to cheap copies of the classic movie serials, he shared with me the adventures he and his own father had enjoyed in his youth.  By the time the film arrived, I too was a fan of the man who knew what even lurked in the hearts of men.

I vividly remember going to the theater to see this one.  Going to the movies was an event for us as we really didn’t have much money to spend in those years but we made an event out of this one with popcorn, drinks and all.  Maybe it was the good memory attached to it or that I really enjoyed the film, but since that day I have had a soft spot for The Shadow even dressing up as him for Halloween a few years later in High School. Heck, I even hunted down the cool action figure with lightup eyes, it was pretty awesome. 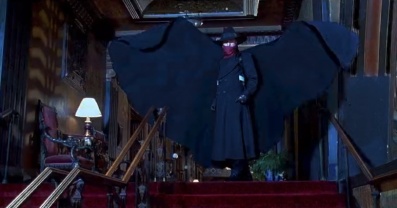 Watching it now I find that this film has indeed aged well and was delighted to discover that it is just as good as I remembered it. In many ways this is a perfect followup to the 1989 Batman film. Even though it doesn’t,  from the style of the city to the pacing of the story, this film could easily have taken place in the same universe as the classic Burton movie.

The cast is fabulous.  Everyone in the film really owns their parts with Baldwin channeling the perfect Shadow to even supporting roles going to fantastic actors like Star Trek’s Ethan Philips. In all honesty there is not a bad performance in the film but, that being said, there is so much solid acting that no one really stands out as the best in the film. It is rare to find such a perfectly balanced film in terms of a cast but this is one of those. 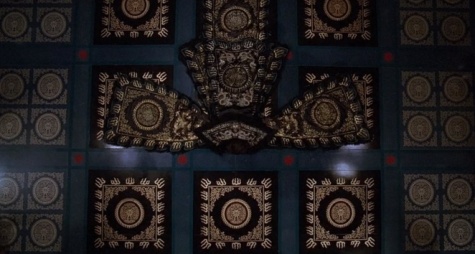 What really sets this film apart is the costume design and special effects.  The 90’s were known to push the envelope with new and interesting ways to show cool things and this is certainly one that pulls that off wonderfully.  The Shadow himself is extremely well designed borrowing heavily from the classic version but giving him a slightly updated look that is still used in comic books today. I was particularly impressed by the outfits and design of Khan and his soldiers each of them in very unique pieces of armor that really gave them a definitive look and feel.  There is a cool scene in the film that has stayed with me involving Khan’s outfit blending in with the floor. To this day I have seen nothing quite like it again. 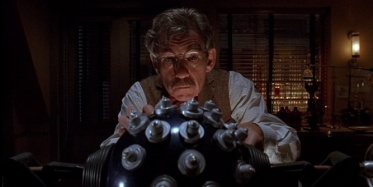 One huge standout is the incredible score by Jerry Goldsmith.  Goldsmith has done a ton of well known films and, while this one has been lost in obscurity, this film score is one of his strongest.  The score, combined with the solid sound design gives this film the same strange balance that we saw in the cast.  There is never a moment where the music overpowers the film itself and, with most superhero films (especially today) that is a rare feat. 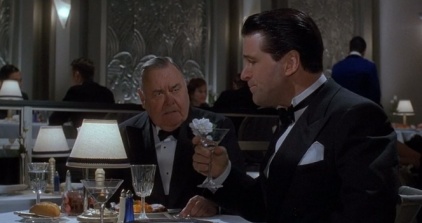 With Director Russell Mulcahy at the helm, this film has all the makings of the perfect superhero film, a strong lead, a great budget, incredible soundtrack,  a solid story, even some pretty wonderful special effects but for some reason the film failed to gain a following. This failure to catch on sadly prevented it from gaining a sequel and certainly limited the public interest in the character. Maybe it is because it was up against some serious competition with Jim Carry’s The Mask and Forrest Gump, or maybe it was just such a perfectly balanced film that it sabotaged itself by not standing out as either good or bad.  To me, this is one of the most underappreciated films of the 90’s and frankly deserves another chance at recognition.   Honestly, this film is every bit as good as Keaton’s Batman and really deserves to be rediscovered. 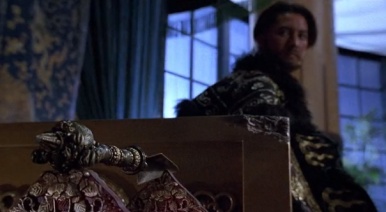 The Shadow is now available on BluRay for around $20.  If you run across a copy, I highly recommend picking it up, this is a very solid film and, with the current popularity of Super Heroes, this is one to add to your collection for sure.

One fun tidbit, the dagger used in this film was also featured in the film Goldenchild.  Since The Shadow takes place in 1930 and Goldenchild later in the century, this connection makes the Eddie Murphy comedy easily taking place in the same universe, at least in my head canon.

As usual, the Trailer: