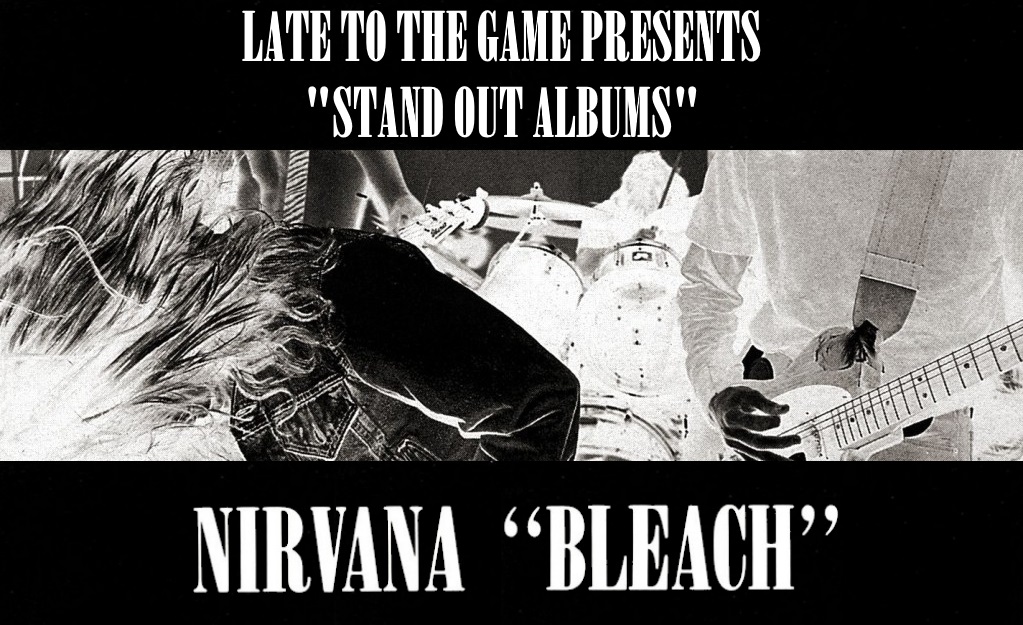 There are albums, movies, tv shows, books or any number of other media that you can go back and identify as a turning point in your life. For me, it was the band Nirvana and their first album entitled Bleach.  This is the album that started it all for me and is certainly an album that Stands out in my life. This is 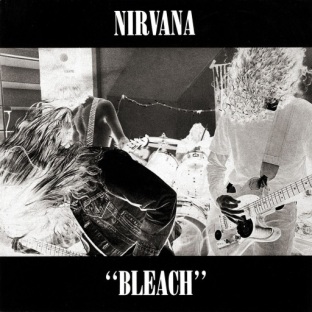 As I have mentioned in the past, before being introduced to Nirvana, I listened to mostly what my parents did. While they’re tastes were not bad as my father kept up with music pretty well, CCR, the Beatles, even REM and The Talking Heads out of the 80’s, I had yet to really develop my own musical identity.

There is a point in most everyone’s life where you begin to develop a taste for a specific genre or genre’s of whatever media you are into. It is almost a right of passage into adulthood signifying that you have reached a time in your life that you can begin making choices for yourself. This is especially true for the first born in a family as the only constant influence on their daily lives is their parents.

For me, it was some time in 1991 that I was handed a cassette by my good friend Grayson.  Grayson and I had met via Boy Scouts and, as he lived fairly close by, I spent a lot of time at his house. One day, he handed me a small black tape entitled Bleach.  The cover art was simple, black, white and silver, depicting  photo a band mid jam.  With the words ‘listen to this’ he ushered me into a world that I had been relatively oblivious to.

I wouldn’t be long before I became obsessed with Nirvana and everything they released.  This was a band that resonated with me.  This was the 90’s, I was a disaffected youth and the Grunge sound was exactly what I needed at the time.  Soon I would find myself diving into the music of other bands such as Sound Garden, Tad, Mudhoney, Sonic Youth, Weezer and, of course, The Posies.  While most people were introduced to Nirvana via their breakout hit album Nevermind, it was Bleach that cleared the way for me and my music revolution.

The album itself is a great first album.  Produced for a reported $606.17 it is incredible how well produced and polished the final tracked came out to be.  Every track revels in it’s sludgy guitar and raw lyrics.  It is a time capsule for a time that remains of both personal and historical significance to music lovers everywhere.

That tape is long gone, having fallen out of my inexpensive walkman one night as I was walking with some friends.  I retraced my steps as I discovered it missing but seeing it was night and the tape was jet black, my search yielded nothing.  Of course I would later replace the cassette with a CD copy which added an additional two songs to the album, but I sometimes wonder whatever happened to that cassette and how that tape may have affected some other young kid in search of a new sound.

Negative Creep:  To me, this is the sound of the album.  It is intense, it is sludgy and man is it a blast.  Kurt’s words resonate with a deep acceptance that he is the Negative Creep and, while repetitive in it’s lyrics, it has a power behind it that is intense.

Scoff: Opening to the simple drum stylings of Chad Channing, this one hints at things to come for the band that took the world by storm.  It is an introspective song about addiction and acceptance but stripped down and distilled into a chugging rock song.

About a Girl: this is the track that really sold me.  It is a departure from the rest that gives us a peak at the future this band would have.  Kurt would later revisit this track in the 1993 performance of MTV Unplugged.  It has remained a favorite of mine for many years and I imagine will for many years to come.

There is a wonderful remastered edition that was released a few years back.  This has two discs and includes an early live concert as well.  You can grab a copy here for less that $14 and it is well worth your time.  Otherwise, Spotify?

“Onyx’ Font by Serkan Dilemek.  You can get it here at urbanfonts.