Stand Out Albums: The Avett Brothers ‘Closer Than Together’ (2019)

I am really shocked I haven’t discussed this band in detail here on LTTG before.  I mean, I did mention their album in one of my earlier posts but for some reason they have never come up as the subject of one of my Stand Out Album’s posts.  well.  That day is here because their latest effort is something really special and demands to be discussed.  The album, entitled Closer Than Together and this is why it is a Stand Out Album. 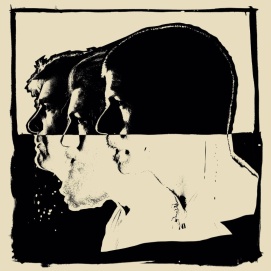 Closer Than Together came out at the end of 2019 and somehow I embarrassingly missed it’s release.  Ever since being introduced to this band by a dear friend nearly a decade ago I have found myself closely following their releases even jumping at the chance to see them live in the past.   The Avett Brothers have quickly become one of my all time favorite bands and frankly, to me, they do not even have so much as a bad song.

These day’s I get most of my music via the streaming service Spotify and usually this great app alerts me to the release of one of the bands I follow.  Maybe it did and I didn’t notice, but frankly I think the algorithm failed me on this one.  Nevertheless, for some reason I went digging into their profile on Spotify and was shocked to see a new album listed.  Immediately launching the album I found myself immersed in one of the most topical and emotional albums I have heard in years.  It has hardly left my rotation in the month since I discovered it’s existence and for that I can not sing along with each and every track.  Yeah, I listened to it that much.

The album itself is nothing short of a masterpiece.  If this were to be their final album I would be sad but honestly it would be the perfect cap on an incredible career.  Being a band from the South, i.e. North Carolina, I was a little surprised with the rather introspective messages behind the songs in this album.  Much of the music is filled with sociological and political statements that do not embrace the stereotypical ‘Southern Heritage’ or the ‘Conservative Values’ we hear so much about these days, instead it comes across with an open minded and very liberal message embracing everything from Female Empowerment (New Woman’s World) to Our county’s dark history of slavery and murder (We Americans) to even touching on gun control (Long Story Short & Bang Bang).  This album is full of positive affirmations of the things that we as a country are struggling with but done in a manner that is both respectful and insightful in every way possible.

As usual Seth & Scott Avett with Bob Crawford share their time across the album on lead vocals (in addition to their chosen instruments) with the incredible Joe Kwon on Cello, saw and so many other instruments. This album is clearly a product of The Avett Brothers with their signature beats and style permeating the album.  Still blending classic bluegrass with modern rock, the album will in no way disappoint long time fans and is a perfect entry point for newcomers.  Simply put. This is a perfect album in every way and once you should stop and listen to in it’s entirety right this minute.  I have included a link to the album below so do yourself a favor and give it a spin.

This is such an inspirational tune encouraging us all to move forward chin up and proud.  It may be easy to give in but that is not the answer.

Holy crap.  Just listen to it. It’s that good.

This song feels like it was pulled right out of my brain.  I have been struggling with my love of country as it conflicts with the horrible things we have done and are doing on a daily basis.  I feel that The Avett Brothers nailed a feeling many of us are going through this very minute with this song.  Be warned, if you let it, you might end up with dust in your eyes.

You can get this one for around $15 here and I have to tell you, it is very worth it.  If you dont like physical media for some reason it is currently on Spotify so you really have no excuse.

BTW, If you get a chance to see these guys live, do so.  You will not regret it.

You can check out more form the Avett Brothers here.