Horror has been a key part of my life since I was a very young child. From blockbuster films like Alien to B-movies like Puppet Master, the genre has been near and dear to my heart for much of my life. One of my all time favorites was a 1987 classic which featured Stephen Dorff in one of his earliest roles, this is The Gate. 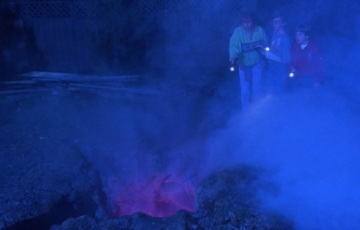 Today’s entry follows a young man named Glenn (Dorff) who discovers a mysterious hole in his back yard that soon becomes a passage that allows hordes of demonic creatures to wreck havoc upon his home. Soon it is clear that Glenn, his sister Al (Christa Denton) and Glenn’s best friend Terry (Louis Tripp) must find a way to seal the Gate or die trying. 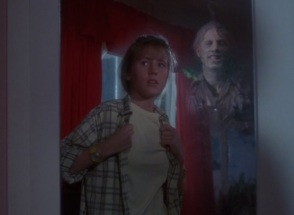 The Gate came about in a time when the horror genre was in somewhat of a Renaissance. In the eighties, Horror had been transformed from more than just creature features to stories that utilized exciting new special effects coupled with deeper, more involved story lines. Additionally, in the late 80’s demons and demon lore became a key factor of the films being released, with possession, subliminal messages in music and even sometimes a Ouija board being depicted in some form. The Gate took all of these themes and put melded them, creating an interesting exploration of friendship and the power of a strong family in the face of an attack from ancient demons.

As a kid I would devour every horror film I could get my hands on no matter how much they frightened me. There was something fun about these films no matter how scary they were and it kept me coming back. While the tropes are in full swing in The Gate with demonic lyrics, ritual sacrifice and even teen slumber parties, the film manages to pull off a clever and genuinely frightening story while embracing it’s campiness. As an adult the film has lost much of it’s scare, but this really isn’t a horror film aimed at modern adults, it is one for the kids of the 80’s. For the young kid who still fears the things in the dark and under the bed.

The horror elements are subtle at first, playing with the viewers as much as the demons play with the characters, however once released, the scares are escalated as the family attempt to expel the minuscule demons before they are able to bring about their dark lord. The Gate was one that had kids around my age of whom I could associate with. It depicted an innocence that most of these films ignored as they only focused on the horror elements opting for the jump scare as opposed to genuine scares.

One of the coolest aspects of this film are the demons themselves. Depicted as minuscule creatures not unlike tiny gremlins, these beings do all they can to torment the kids in the house. Utilizing a combination of rubber suits and stop motion animation, the Imps are one of the coolest and most memorable creatures of 80’s horror.

The Gate may be filled with the campiness of classic 80’s horror films from demonic lyrics to mistakenly reading a spell that releases demons, but it manages to make them feel original and unique to the world depicted in the film. This is a place where everything mystical is real and creatures lurk just below the ground in your back yard waiting to be found and released. It is dark, scary and just plain fun. I won’t lie, after watching this film for the first time, I paused before digging a hole in the back yard or cracking a geode but man was it worth it.

Amazingly enough this one is still available on disc and for a pretty good price. You can get a copy here for around $12 or you can find it digitally from your favorite platform. It is a solid film and one that, if you are a horror fan who can accept some camp, you’ll like it.

There is a sequel but trust me, it is really not that good.

and of course, the trailer: