With the oddball sequel that was Poltergeist II The Other Side (which we reviewed last week), somehow yet another sequel was made resulting in today’s film.

The Story, After being sent to live with her aunt and uncle in a Chicago skyscraper so she can attend a ‘special school’, Carol Anne (Heather O’Rourke) is yet again tracked down by Reverend Kane and his evil spirits.  With no one to believe her, Carol Anne must call her old friend Tangina (Zelda Rubinstein) for help before it’s too late.

I love horror films and the original Poltergeist is by far one of my very favorite. There is something to be said for a good ghost story and that original film is probably one of the greatest examples of the genre.  As with any solid film it wasn’t long before the sequels began to emerge and, like any horror fan, I had to see them regardless if they were good or not.

By the time this film came out the horror damage was done so convincing my parents to let me go with my cousin again was a moot point. That and the fact that this time I had to go as a chaperone for my older cousin who had just started dating, I was good for a free flick and some popcorn. Ready for more nightmare enduing ghost stories while I prevented my cousin from enjoying her date night, I settled in for the final chapter to the Poltergeist film saga. Surprisingly, this sequel was actually pretty cool. 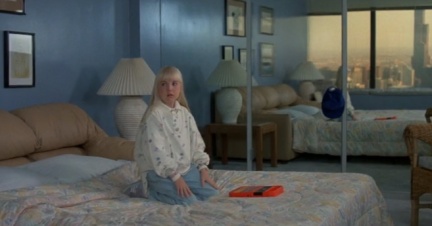 Let’s recap a bit before diving in to the final installment.  The Freelings lived in a house that was built on a former cemetery that never had the graves removed. Needless to say, the ghosts were not happy about it and chaos ensued.  In part two we learn that not only were the graves still there but their house was built above a cave that just so happened to have the bodies of a doomsday cult in it and their leader wants the youngest daughter Carol Anne.  Why?  Well, she and her mother have psychic abilities and only Carole Anne can provide his people with a ‘spark of life’.  Enter part three things get even more complicated, we now learn that one of the other factors of Carole Anne being chosen by Kane is that she was ‘born in the house’, which really doesn’t make sense seeing that it implied that they had not been living there long in the original film.

Okay, caught up? Cool.  At the start of Poltergeist III we discover that Carole Anne has practically been abandoned by her family to live with her Aunt and Uncle in Chicago while she attends a ‘special needs school’.  There is some speculation that can be gleaned from the dialogue that her family essentially abandoned her there as they could not handle the fact she was being chased by ghosts but I have to call foul.  In a way I guess it makes sense but, with the whole ‘family needs to stay together’ theme of the first two, it seems a little extreme to just ditch the little girl with people she really doesn’t know. In reality between budgeting constraints and reluctance to come back, we ended up with a practically whole new cast and that wasn’t entirely a bad thing. 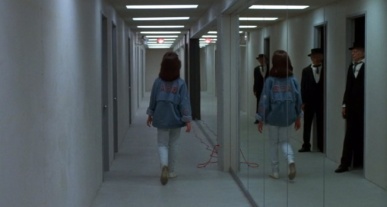 At it’s core Poltergeist III is a B movie that somehow manages to take itself seriously without entirely falling into camp along the way. With a plot that hinges on a haunted skyscraper, what we wind up with is almost a horror version of Die Hard (which is somewhat ironic as Die Hard was released that same year).  Utilizing Kane’s relentless pursuit for Carole Anne, Director Gary Sherman clearly had a vision for this film and I have to applaud his very creepy visuals in this film. Using practical effects, Poltergeist III manages to maintain the creepy factor at every turn despite it’s low budget.   With Sherman playing with the theme of reflections he manages to create some genuinely frightening scenes with mirrors and even puddles of water. Anything that can have a reflection is suspect in this film and that in itself is something that sticks with you after the credits roll.  Sherman proves that he is a truly competent director who, if allowed to see his vision through, can provide a genuinely terrifying experience.

A film can only go so far with a good director but this film also manages to maintain a decent cast as well. Carole Anne’s new family are played by some pretty great actors with Tom Skerritt (Alien) & Nancy Allen (Robocop) playing her Uncle and Aunt. Additionally we also see Lara Flynn Boyle making her feature film debut as Carole Anne’s very convincing teenage cousin Donna.  Even though the evil Kane makes his triumphant return, original actor Julian Beck had passed away not long after filming the second film (another victim of the curse?) preventing his return. His replacement is not bad but it is obviously not the same person. This change can be rather jarring but it’s not like they could have resurrected the original actor despite the films theme.

Along with O’Rourke, Zelda Rubinstein also returns to the franchise in a much more substantial role than the last film. Much like the first film, she is an important part of the narrative and really gets into her role. Counter to her character is Dr Seaton (Satan?) played by Richard Fire.  To be completely honest, this new character is one of the most unbelievable of them all as somehow he has this irrational belief that Carole Anne can convince people to do things using her powers of suggestion. In every scene, Fire comes across as an annoying and utterly unconvincing child psychologist. Frankly, I looked forward to his characters ultimate demise.

I would be remiss if I didn’t at least mention the film’s score.  Unlike the last two, Jerry Goldsmith did not return for this final installment, instead the score was provided by Joe Renzetti who would also compose the scores for Child’s Play that same year.  Renzetti’s score fits this movie perfectly providing a creepy overtone to the film in all the right spots.  I really appreciated how he did not try to copy what Goldsmith did in the previous films but instead dove in making this film his own.

All in all, this is a pretty fun sendoff to the Poltergeist franchise that, unfortunately was never able to get the ending it deserved due to the tragic death of it’s lead actor, Heather O’Rourke.   Only weeks before the film wrapped, O’Rourke passed away following a battle with a misdiagnosed illness.  Unable to finish his original ending with his lead actor, Sherman planned to scrap the film out of respect but was reportedly forced to finish the film by the studio.  Sadly this resulted in a version of the film that did not fit the original intent but, even so, it is still far better than the previous sequel effort. Thankfully the original ending has since surfaced and you can see it here in a roughcut version.

I have to say, this one has stood the test of time and remains as good as I remembered it the first time I saw it.  It is frightening for sure and, while it doesn’t quite fit in with the original, it is a solid film in it’s own right.   There are far worse horror flicks out there so watching this one is certainly not the worst thing you could do with your time.

This is another one that actually looks solid on Bluray and I honestly think it was worth picking up.  While it is not the finest of horror films, it is a solid entry in the franchise.

One last note, while this is the final entry into the original film franchise the story of Poltergeist didn’t end with this film.  In fact a television series called Poltergeist The Legacy spun out of this franchise and even though it revolved around the supernatural, the series really nothing to do with the actual films.   Personally, I thought it was pretty cool nonetheless. 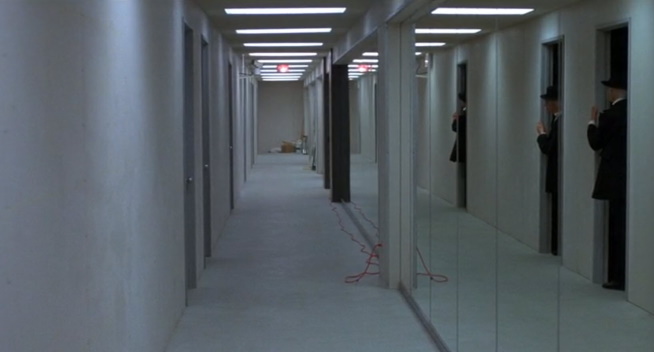