Pirates, intrigue and a bit of uncommon action all take place in today’s episode.  Originally airing on October 11,1993, this is Gambit Part I.

The crew attempts to locate Captain Picard only to learn that he may have been killed in action.  Soon Riker is captured by Pirates and the crew must save him as well.

Riker and the crew investigate the disappearance of their Captain at a seedy bar on Dessica II.  There they learn from an alien named Yranac that the man they are looking for was vaporized at the bar in a fight.  Troi confirms the aliens story as she can tell that he is indeed telling the truth.

After Crusher confirms that Picard is indeed dead, Riker and the crew find themselves grieving over the loss of their Captain.  Riker wants revenge and refuses to mourn the loss of their commanding officer until he can get closure on this act of violence.  Riker requests that he be allowed to investigate the death of his Captain and, after getting authorization from Admiral Chekote, he is placed in command of the Enterprise and begins his investigation. 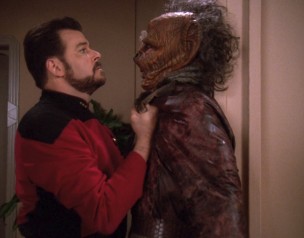 Riker begins his investigation by questioning Yranac who is currently aboard the Enterprise. After a brief but effective discussion, Yranac explains that Picard was killed by a group of raiders who were heading to the Barradas system. The Enterprise heads to Barradas where Riker and an away team beam down leaving Data in command of the ship. There they find evidence of a battle and soon encounter hostile aliens who immediately begin to attack.  Riker is soon incapacitated and captured by the hostile raiders. 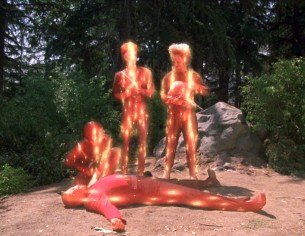 Data manages to get back in touch with the Away Team only to learn that Riker has been captured.  The Enterprise encounters a vessel that begins an attack run flees the scene.  Soon the ship vanishes from sight and the Enterprise loses the enemy vessel.  Data returns to Barradas III and recovers the crew.  Despite the crews insistence to pursue the ship, Data, now in command, instructs the crew to return to the surface and investigate what the raiding party was doing on the planet to begin with.

On board the raiding vessel Riker is brought to the ship’s Captain, one Arctus Baran.  Arctus questions Riker as to why the Enterprise was on Barradas III.  When Riker refuses, Baran activates a pain stimulant to show that he can hurt Riker and the rest of the crew on a whim.  Riker soon discovers that Picard is still alive and on board the ship under the guise of Galen.  Galen indicates that Riker is known for his insubordination and that they should kill this officer.  Suddenly the ship launches into warp on it’s own and the containment field begins to threaten the ships integrity.   Riker leaps to action and saves the ship, cementing him as one of the crew as per Galen’s plan.

Picard meets up with Riker and explains the situation.  An archaeological site the Captain was exploring was raided by the group of thieves and found a way to work his way into the crew.  It appears that Baran is looking for a specific artifact and Picard convinced the Raider Captain that he could help.   Picard instructs Riker to become Galen’s enemy in order to win over Baran as Galen and Baran are not on the best terms. 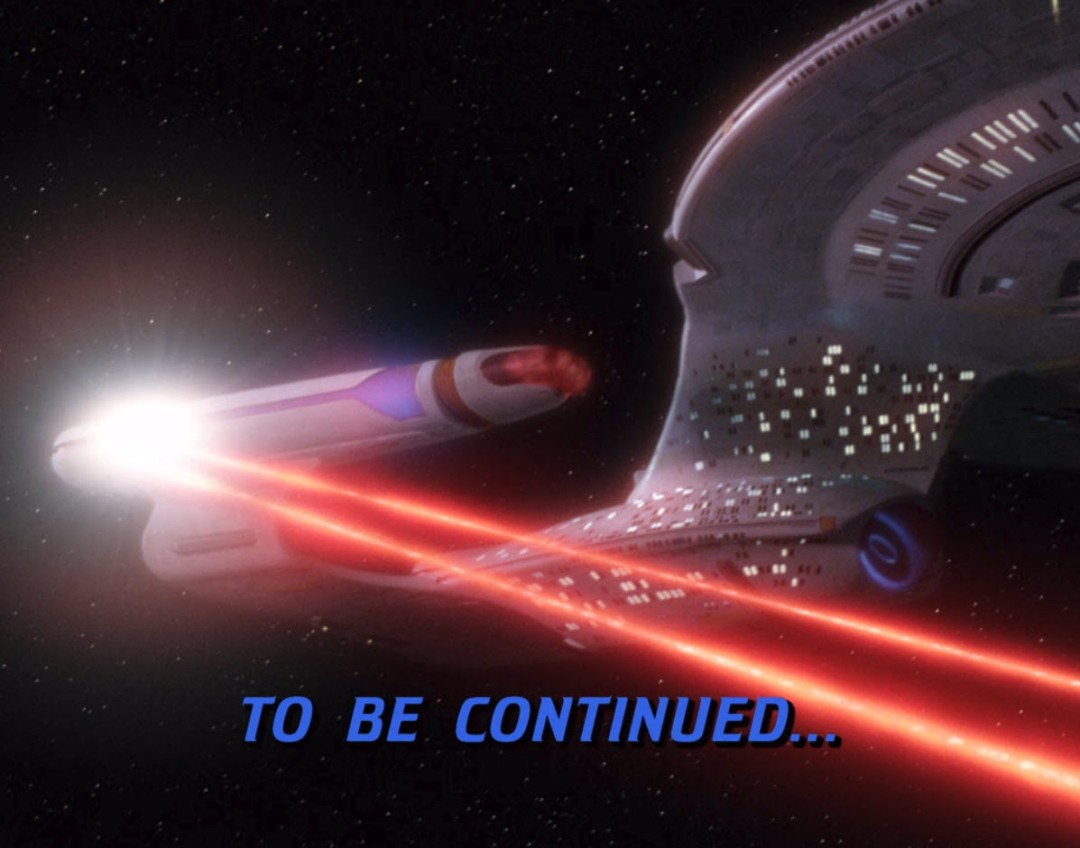 This is a great start to a solid two-part episode.  This is an adventure story that feels more like that of an Original Series Movie than that of an STNG episode and, to be frank, I like it.  We get a chance to see Picard break ranks and go undercover as his alter ego, Galan.   In that, we get to see more of an adventure story than we have seen in previous seasons and, seeing that it is the finale season of the show, I think that it was way overdue.

There isn’t much more to say about this one as it is only half of the story so please bare with me until the next review is posted, be glad you don’t have to wait a week, just the weekend!

We get a chance to see the chain of command in short time.  From the moment Picard is considered dead, both Riker and the Data take command of the ship in that order.

This is the first time we get to see Space Pirates as Gene Roddenberry was pretty adamant that Star Trek did not have such a thing.  Seeing that Gene had passed by the time this was written, it only makes sense for the writers to explore previously uncharted territories.  No pun intended.

Thanks for reading the Retro TV Review,  I look forward to discussing the rest of the series with you, one episode at a time every Monday, Wednesday and Friday!  Next Review: Gambit Part II