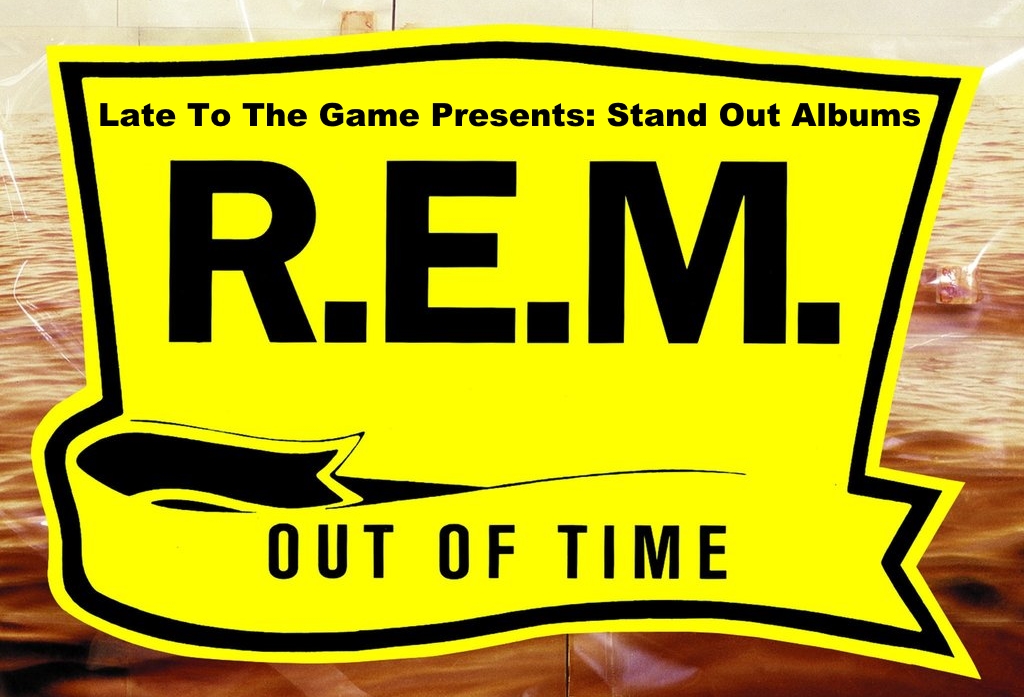 R.E.M. was everywhere in the late 80’s and 90’s.  They were a band everyone knew, everyone recognize and really most everyone liked.  Michael Stipe and his incredible band had everything and there was really nothing slowing them down.   Every month it seemed that they had a new song releasing and every year a new album.  Even though I was quite familiar with their music, It wasn’t until their 1991 album, ‘Out of Time’ that I really dove in and found what would end up becoming one of my favorite bands and one I have returned to over and over at various points in my life. 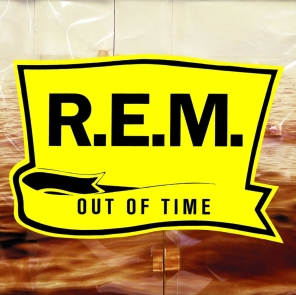 I think this was one of the albums I ordered as one of my ‘dollar’ discs from the Columbia House music club.  I know I owned it but I am pretty sure I didn’t buy it in the local record store because I didn’t have much money and to be frank $1 vs $15 for a cd in the 90’s was a big deal.  heck, it really still is to be honest.

I was, of course, very familiar with the hit tracks on this album, Losing My Religion was in regular rotation on MTV and on the radio and Shiny Happy People brought even more attention to the band The B-52’s than anyone thought possible.

But it is not in these hit songs that I find makes this album meaningful or standout.  It is in the deeper cuts that really show the shear talent behind the little band from Athens, Georgia and that is where I want to focus.   There are tunes on here that, while the album was immensely popular, many people today have never even heard.  Sure, everyone knows about Losing My Religion but songs such as Near Wild Heaven and Texarkana blow it out of the water in raw passion and composition.

Each song is an adventure in hi-fi leading from one feeling to the next on levels that you can not even begin to understand until you just hit play.   Everyone in the band is perfect, from Stipes genuine vocals, Bill Berry’s steady percussion, Peter Bucks flawless guitar work to Mike Mills subtle bass, they all have a uniformity that is rare in even music today.  Each song plays like it has been rehearsed millions of time to the point that every member of the band has morphed into a single being composed of pure sonic persuasion. We even get the treat of  incredible guest vocals by the amazing Kate Pierson!

Every time I listen to this album I am transported back to the spring of 1991, a young kid teenager just discovering his own music and diving in so deep that even 30 years later he hasn’t surfaced for a breath.  The songs, the stories, the musical experience is one that sonicly transcends time and space in a way that only the TARDIS could.

To say this is a perfect album would be an understatement.  It is a work of art.

It is damned near impossible to just pick a few but I will slice out those tracks that speak to me the most. To really get a true sense of this album one must listen to it from start to finish with no interruptions, only then will you really see what I mean. Since I feel obliged to give you a taste, here you go, but trust me, you want the whole pie.

Near Wild Heaven.   Just listen, you’ll get it.

Half A World Away takes a nod from classical music and includes a touch of harpsichord in the tune.

Finally, Texarkana.  Trust me.  It is one of their best deep cuts.

This one is in print and I don’t ever really seeing it go out of print.  It is a must have for any music fan and one that just keeps giving.   You can grab a copy here for around $14 or there is Spotify of course.