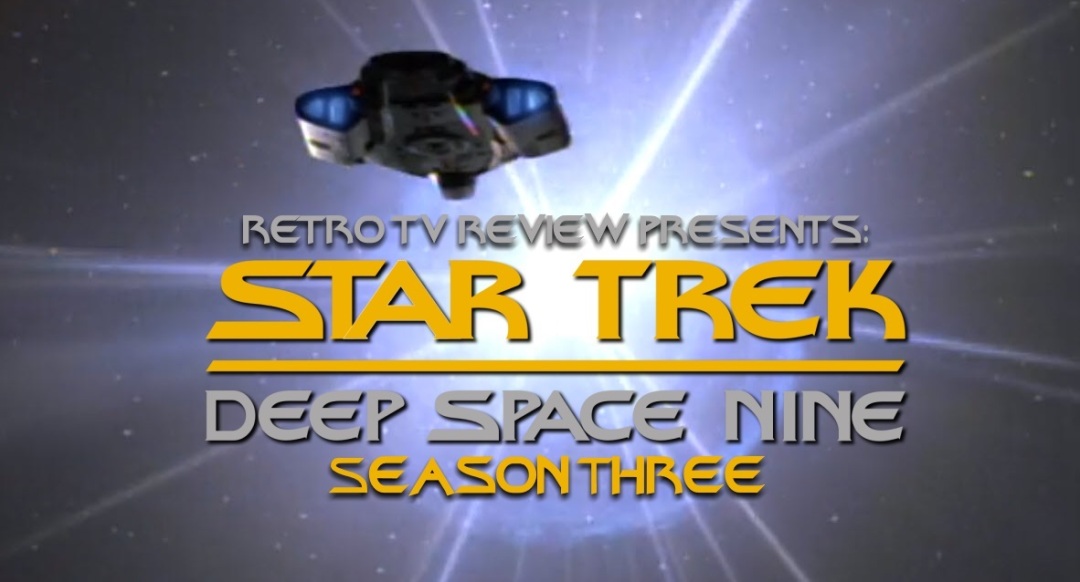 Garak working with Tain, Odo captured and a fleet deployed to destroy the Dominion.  All this and more in the episode that originally aired on May 1, 1995, this is The Die is Cast.

After Odo and Garak go missing, the Station is shocked to see a Romulan-Cardassian fleet entering the Gamma Quadrant. Knowing that Odo may die in the oncoming battle, Sisko mounts a rescue. 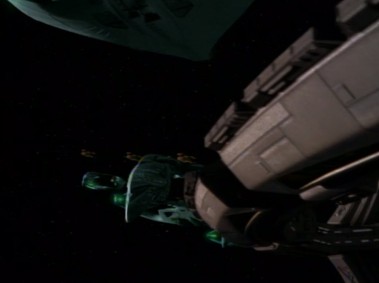 Julian and Mile’s lunch is disrupted when a fleet of Cardassian and Romulan ships decloak near the station.  Just as Commander Sisko raises shield, they are surprised to see the fleet enter the wormhole and head to the Gamma Quadrant.

On the lead ship, we find Tain and Garak discussing their renewed alliance. Garak soon learns that Tain plans to have his housekeeper, Mila, killed as she knows too much about the Agent of the Obsidian Order. It is clear he isn’t happy about Tain’s plans but manages to keep it to a minimum.  Soon, Colonel Lovok enters and informs them that they are heading to their destination and that Odo is being held in his quarters surrounded by a force field.  Tain instructs Garak to find a way to convince the shapeshifter to tell them all he knows about the Founders. Garak visits with Odo and soon finds that he has his work cut out for him with his mission to gather information from the Security Chief. 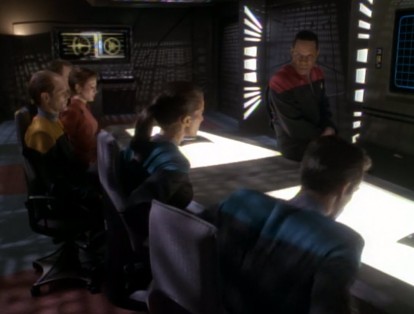 Back on the station, Sisko and team learn that the Romulan government plans to sit back and let Tain try to kill the founders.  It soon becomes clear that the Federation has no plans to prevent this incursion and instructs Sisko to evacuate DS9 and prepare the Defiant for war.  Sisko requests that they be allowed to rescue Odo and is denied the request, with Admiral Toddman informing Sisko that he is to protect Bajor. Sisko instructs Commander Eddington to prepare the Defiant for a rescue mission into the Gamma Quadrant and informs his crew that anyone who wants to come along may not make it back alive.

Unsurprising, everyone joins the crew and they soon receive an order from Star Fleet to stand down from their rescue mission.  It is clear that Commander Eddington is not happy about the situation but keeps it to himself.  Taking the Defiant into the wormhole, Sisko and crew set course for the Founders homeworld.

As they approach their destination, they soon find themselves without a cloaking device and discover that Commander Eddington has sabotaged the ship under orders from Admiral Toddman.  O’Brien begins repairs and. Since locking him up is not an option, Sisko reluctantly allows Commander Eddington to return to his station with a warning that they will be watching him. 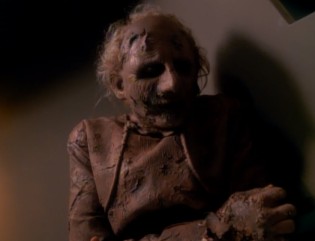 Back on the Romulan ship, Garak arrives in Odo’s quarters and reveals that he has found a way to prevent Odo from shape-shifting.   Odo is nearing his regeneration cycle and will soon begin to suffer from not being able to turn into liquid.  Garak informs Odo that he will turn the device off should Odo tell Garak what he wants to know. Before long, Odo begins to show signs of deterioration from not being able to return to a liquid state.  Just as Odo can not take any more he reveals his secret, he wants to return home to the founders more than anything else.  He has been keeping this secret from everyone and has no further information.

Garak informs Tain that Odo has no information to share and Tain instructs the Tailor to execute the changeling.  Garak does not want to and the Romulan Colonel asks to be allowed to take Odo back to Romulus after the attack for further study.  Tain reluctantly agrees and Colonel Lovok points out to Garak that he sees what he is up to.  They soon arrive at the founders homeworld and begin to bombard the planet. It soon becomes apparent that this is a trap and 150 Jem’Hadar ships appear out of nowhere prepared to take out the Romulan-Cardassian fleet. 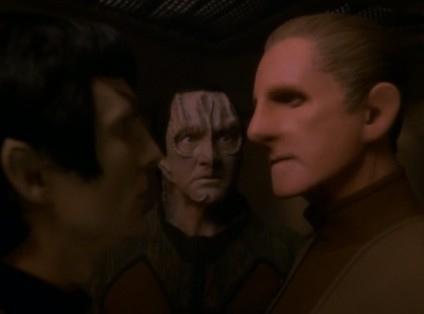 It is soon clear that the fleet is doomed and Garak rushes to find and save Odo from his captivity. Just as they are making their escape, it is revealed that Colonel Lovok is in fact a changeling himself.  The Dominion set this plan in action themselves to eliminate two of the biggest threats to them, the Cardassians and the Romulans.   Just as Garak and Odo begin their escape, Garak returns to the bridge to rescue Tain.  Tain refuses to leave the ship citing that he was too proud to have seen through Lovok’s deception.  Odo arrives on the bridge and incapacitates Garak taking him to their runabout.  Soon they find themselves under attack by a Jem’Hadar ship and, just as it looks like they are dead in the water, the Defiant arrives and rescues the unlikely pair.

Returning to the station, Sisko informs Star Fleet of the situation where he and his crew are let off the hook from their theft of the Defiant due to the information that was brought back.  In Garak’s shop, Odo thanks Garak for his ability to keep secrets and finds that Garak intends to rebuild his shop.  Odo asks Garak to join him for breakfast some time much to Garak’s surprise. 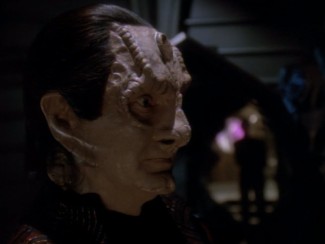 One of the biggest reveals is that the Dominion has infiltrated the Romulan government, implying that they may have done so with all of the major factions in the Alpha Quadrant.  In fact they specifically mention that they have plans for the Klingon Empire and the Federation insinuating that there are some serious things to come.  The Founders are certainly a force to be reckoned with and with this ability, they have a power unlike anyone the Federation has ever encountered.

Another thing that is touched on is that Changelings have never harmed other changelings.  This appears to be one of the cardinal rules of the changeling people, something almost sacred. It is because of this that Odo is able to be freed from the ship and ultimately rescued by the Defiant.  This is the second time this has been brought up and it would seem that they are planning…something.

All in all, between the killer space batter and the great plot building, this is by far one of the best two part episodes of the series so far.  That being said, there is a ton more to come as this series is one that just keeps giving.

Thanks for reading the Retro TV Review,  I look forward to discussing the rest of the series with you, one episode at a time every Monday, Wednesday and Friday!  Next Review: Explorers