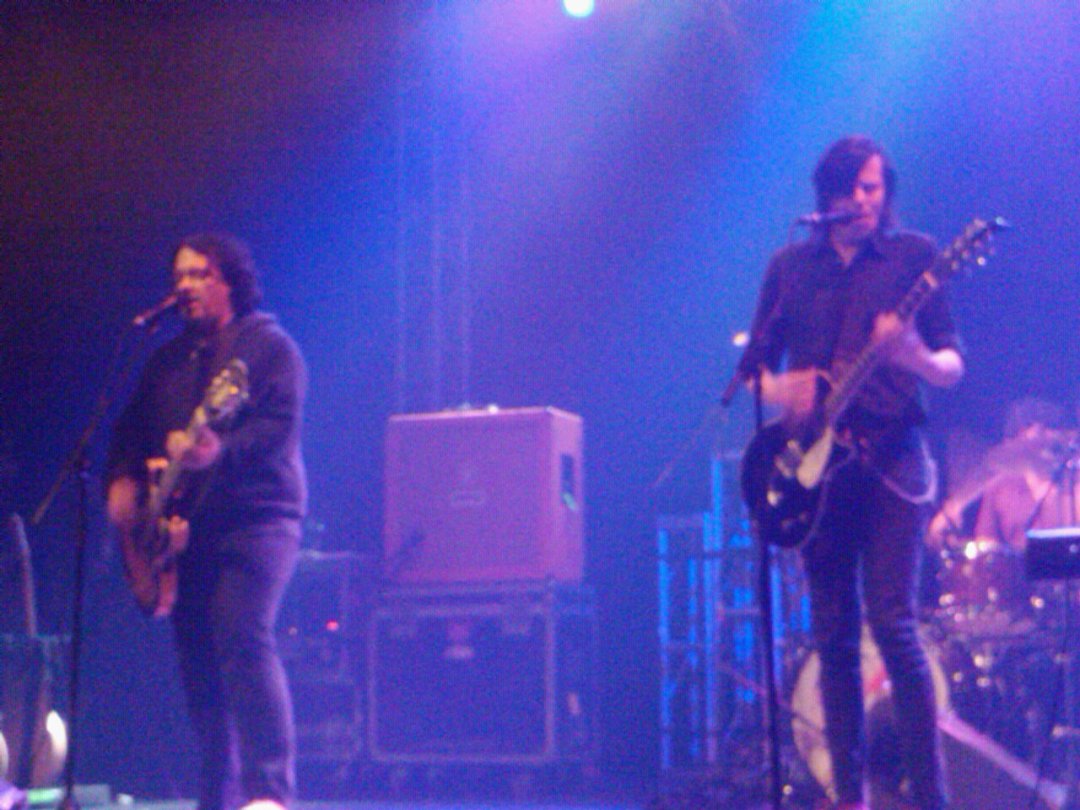 My Love Affair with The Posies: My personal favorite band.

In the year 1991 I was introduced to a band that would change the course of my music taste for the rest of my life.

Before this event occurred I listed to what my parents listened to, luckily they had pretty good taste. Around our house everything from The Beatles to Willie Nelson to Buddy Holly was played in heavy rotation. I listened to 50’s doo-wop to the protest music of CCR. Although I never stopped liking those groups, my world got much broader in 1991. That was the year I was introduced to Nirvana.

Now, most people were exposed to Nirvana with the Album Nevermind. The hit song ‘Smells like Teen Spirit’ dominated the airwaves and MTV like nothing before it. Kurt Cobain had all but become a household name. However, My introduction was slightly different from most.

My best friend at the time, we’ll call him Grayson, had a small cassette with a black and silver cover from a small label by the name of SUBPOP, located out of Seattle. Over the years they had become known as the go to label for some of America’s growing fascination with a new style of music known as Grunge. I won’t go into the evolution of this new Seattle Sound but damn it was cool.

Grayson was a few years younger than me and had gotten into the grunge sound a little earlier as well. One day he arrived at my place, black and silver tape in hand and said that I needed to listen to it. The tape looked like something he had made himself but Grayson had never let me down so I gave it a listen. The opening track ‘Blew’ blew my mind. From the sludgy guitar to the gravelly voice of Cobain, I knew I was sold. Next up was ‘Floyd the Barber’ and then the song that captured my heart, ‘About a Girl’. That song had me hooked and, little did I know, this would lead to a much broader universe of music that I could ever imagine. (I would later perform this song with my own band live on the radio years later, it is still an anthem of the 90’s for me.)

Soon after, I became obsessed. I would watch MTV daily for news on the latest album or latest music video. Once I got my hands on Nevermind I wanted more. With Dave Grohl’s Power Drumming, Krist Novoselic bass riffs and Cobain’s raw vocals, I knew I had to have more. I scoured the music store for the latest singles with B-sides only available to those that could find them. And after it was obvious there would be nothing new, I then started searching for compilations that had live or unreleased tracks.

It was in 1994, not long after the tragic death of the lead singer Kurt Cobain, that I found a little compilation entitled DGC rarities. Aching for more from a band that would never release another album, I picked up the CD because of the track entitled ‘Pay to Play’. Other bands I had come to like were on it as well, Weezer with “Jamie”, the Counting Crows with “Einstein at the Beach” and more were there with new unreleased tracks to be enjoyed. It was with this album that I discovered what would become my favorite band of all time. The Track was ‘Open Every Window’ by the Posies and it changed my life.

You have to understand, so much of the 90’s sound was the sludgy sound called grunge or the experimental sounds from bands like Sonic Youth or Nine Inch Nails (both of whom I still love). My first introduction to the Posies was something fresh. The track, ‘Open Every Window’ spoke to my current ‘rock’ tastes but also dove into my past love of the Beatles, Simon & Garfunkel and many others. They had a melodic quality that touched my mind in a that way only certain music has a way of doing for people. From that moment on, I was on a quest to find more.

Now, finding music wasn’t quite as easy as it is now. This was the EARLY days of the internet so if you didn’t have or know someone with dial-up you had to scour magazines or just roll the dice and buy an album you had never heard before. Such a thing was a risk, but if this song was a rarity, an unreleased Gem, then surely their other work was as good or better? So, I took a chance and bought their 2nd album, Dear 23. I was not disappointed. Ken Stringfellow and Jon Auer were my new Lennon and McCartney. I would never be the same again.

After playing this album over and over I spent every dollar of lunch money and allowance on ordering every album they had at the local music shop. Working with the store clerk, we found them in their catalog and over the next few years i bought everything they released. I hunted down their first Album, Failure, that had been released on PopLlama and on and on.

When Amazing Disgrace was released in 1996 I wrote to them, not once but twice. They responded each time and were kind enough to include how to play two of their songs on guitar. (sadly a skill I never learned). In the second letter I included a signed photo of myself with the explanation that I would like one of theirs in return. They didn’t have a photo but signed a sticker with the words ‘When in Doubt, Aim Up!’ written on it. I still have it to this day along with the letters. Beside the hand written notes, the letter contained a very valuable bit, a complete discography and evidence that Ken had some solo works being released. I was elated in my discovery.

I continued my obsession with the band, wishing one day I would see them live and then they released their Album entitled ‘Success’. I was instantly in love again. (Not that I had fallen out of it mind you.) I had already graduated High School and was preparing to move to the city when this album arrive. Writing one last letter, I thanked them for their songs and told them I was looking forward to more. Then the letter came back as undeliverable.

I was shocked! Surely they only had moved? Surely this didn’t mean what I thought it meant. Then it dawned on me. The album was entitled ‘Success’ their first being ‘Failure’. I knew what this meant and I was devastated. My favorite band, a band that got me through my Junior and Senior year of High School had broken up. There would be no more music from them as a duo.

I continued to pick up Ken and Jon’s solo work but, while great, was a constant reminder that they were gone as a team and it only made the songs seem that much more sad to me. I had since left home and was living alone, but those nuggets kept me going despite the feeling that they would never return.

I continued watching, however, and was soon paid off with not one but three surprise albums. Visiting my local music store sometime in 2001, I stumbled across three amazing cd’s, ‘Alive Before the Iceberg’, a great live rock concert, ‘In case you Didn’t Feel Like Plugging In’ a gorgeous acoustic concert album and finally an EP ‘Nice Cheekbones and a PhD.’ It was the latter that nearly brought me to tears. There was still a chance, they had done five songs together and they were incredible. I believe I played that EP so much I nearly wore it out. The line in the first song, Matinee. ‘Everytime I get my hopes up, they raise the price again’ described my very feeling of being alone in the city. Once again, The Posies had release a set of songs that would get me through this new phase in my life and it gave me hope for more to come.

I saw bits and rumors that they had reformed but, still not having solid internet access, I had no way to be certain. In the intervening years I got married and my wife, although not a fan herself, kept watch for me as well. Then in 2005, she came home with news she knew I would love, not only was a new album , ‘Every Kind of Light’ , to arrive but they had also reformed the classic Band ‘Big Star’. I was elated. My patience had paid off! The albums came and they were both as good as I could have hoped for. The Posies, my favorite band had reformed.

Since then, They have released 3 more albums. Ken and Jon continue to work on side projects and I continue to enjoy every song released. I had a chance to see them live in Dallas in 2010. They were touring their new album and it also happened to be right around my Birthday so, over a decade after discovering them via a compilation, I finally got to see them live. They were everything I could have hoped them to be. They met with fans after the show and Ken even claimed to remember my letters from years before. If he did or was just humoring me, I will never know but I like to believe he was serious.

I still listen to them and look forward to all of their side projects as well. If you find yourself looking for something fresh and fun, give them a go. I think you will like them as well. Maybe not as much as I do, but then again, I’ve been a fan for over 20 years.

If you want to give them a go, here is a link to their web site. Please give them a chance.

You can also find them streaming on Spotify.

21 thoughts on “My Love Affair with The Posies: My personal favorite band.”