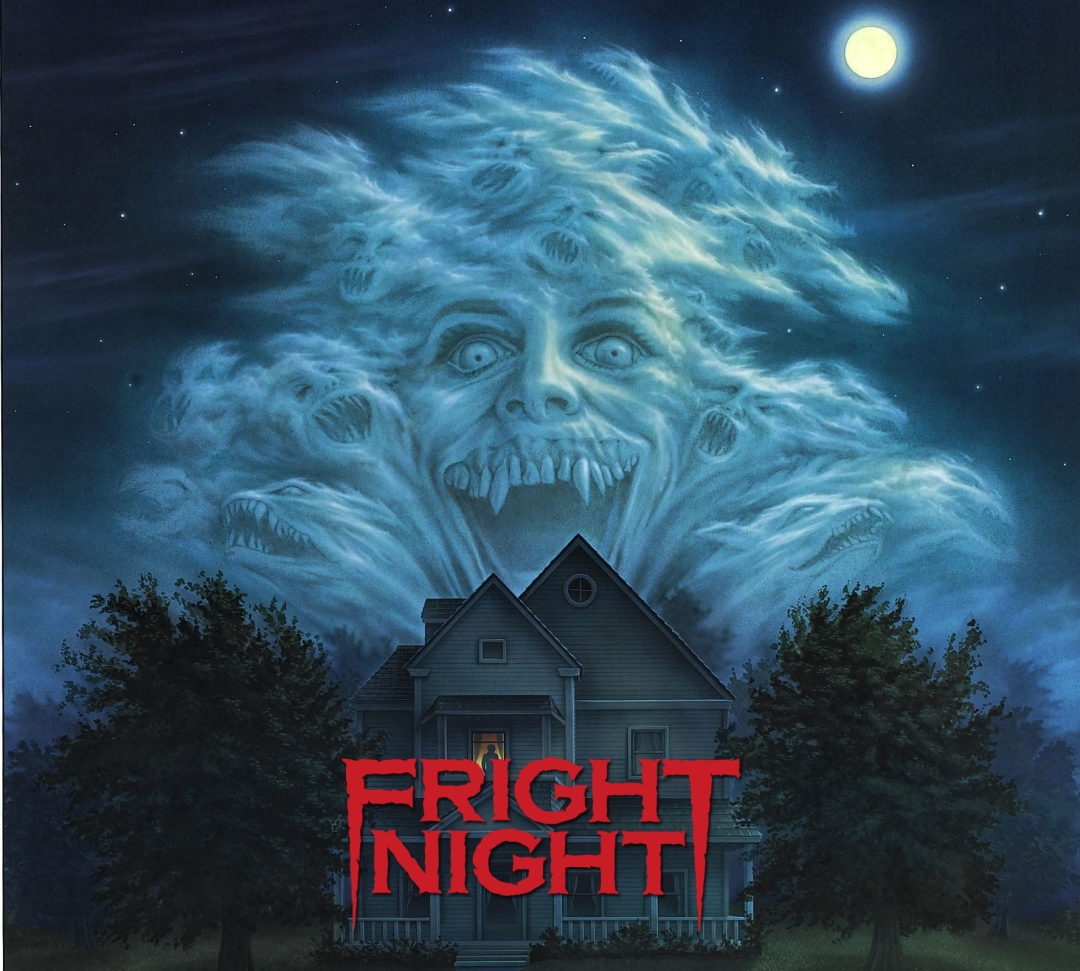 Horror will always be an important part of my life and the 80’s provided some of the best in the genre. Of all the creatures created, the Vampire is one of the most iconic and so there are innumerable interpretations of their kind. From Dracula to The Lost Boys (and beyond) they have thrilled and chilled people all over the world. No matter what, one of my favorites will always be Fright Night.

Directed by Tom Holland (Child’s Play) Fright Night follows the story of a young man named Charley Brewster (played by William Ragsdale) who thinks he witnesses his new neighbor (played by Chris Sarandon) turn into a vampire and kill a woman. Unfortunately no one believes him so he decides to to take matters into his own hands and enlists TV personality Peter Vincent (played by Roddy McDowall) to fight this new evil.

This is a fun and frightening horror film that hits all the right spots.

As you well know by now, I love horror. I grew up with it being a part of my life from a young age. Vampires were a big deal for my Father. At one point he even attempted collecting every film that involved Dracula. I don’t think he was successful but it certainly hasn’t stopped him from trying.

This was another film we rented on VHS. I’m not sure how we had heard about it but I do remember him bringing it home for us to watch. I was riveted and loved every second of it. I also had a huge crush on Charley’s girlfriend Amy, played by Amanda Bearce.

How did this translate to real life?

It’s a ‘teen horror’ so, as I got older I found myself identifying with Charlie on subsequent viewings. I mean, as a teen, most adults don’t believe you and it’s frustrating. Charlie’s story is a bit far fetched but I can still feel his pain.

Even though this is a horror film there is a lesson here, even if the story sounds unreasonable give someone the benefit of the doubt if they ask for help. You never know what demons they are fighting…they might really be vampires.

It really is. The actors are great and seem to genuinely enjoy their roles. The makeup & special effects are top notch for their time and still hold up today. It is a very ’80s’ film so the styles and music are certainly dated but it is a must see for any self respecting horror or Vampire fan.

As an adult I don’t really find it scary as much as I do find it an excellent interpretation of the Vampire myth. There are some really cool bits in this film that I honestly had never encountered before. For example, in order for a cross to work on a vampire, the bearer must have ‘faith’. This heavily implies that any religious symbol would work as long as the person wielding it had faith in that symbol. Pretty cool huh?

There is a quality sequel featuring the same cast plus a really solid remake starring the late Anton Yelchin as Charley with former Doctor, David Tennant in the role of Peter Vincent. While not ‘as good’ as the original it is still quite enjoyable.

This is one that pops up in the bargain bins from time to time. At the time of this writing it is available for streaming on Hulu.

You can also pick one up at pretty much any place DVD’s and Blu-ray are sold.

and of course, the trailer:

Thanks for reading, many more key movies to come. If you would like to read others in this series of posts please check out my previous entries with The Last Starfighter and House (1986) And, as always, please feel free to comment below and share your experiences with these movies as well. If you just happend by, tell me what you think!