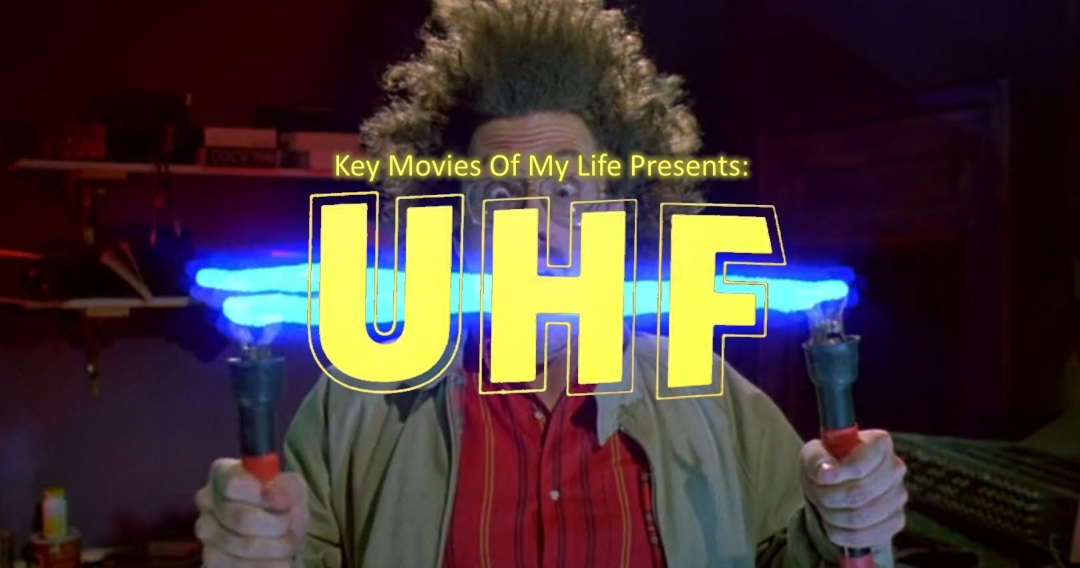 When Musicians decide it is time to get into the movie business, most times…that’s not a great idea. There have been exceptions to this and in those exceptions there is one that rises above all others. One that is the best of all musicians who aspired to be movie stars. Who is that one amazing and inspirational person who dominated the screen in his own award winning movie? Why Weird Al Yankovic of course in today’s film, UHF.

George Newman (Weird Al) is a man with no job and no career. When he is given a chance to run the local public access station, his dreams come true in ways he could never have imagined. However, it soon becomes a race to save the very station he holds dear. 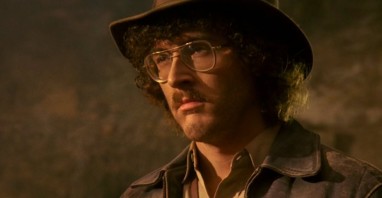 In the 80’s there was no other musician like Weird Al. With his fantastic parody songs to his mastery of Polka music, this is a man that could do no wrong, so when it was announced that he would be his own movie, we were so very excited.

Unfortunately this was a film that didn’t make it to my local theater but when it hit VHS, I was all over it. Much like his music, the movie itself is a series of parodies of hit movies of the time all with the overlay of an underdog story for the ages.

Opening with riff on Raiders of the Lost Ark, Al goes for the one thing this film could never hope for, an Oscar. Literally. The Oscar is the Golden Idol that he works his way through the temple to get only to be chased across the world by the very boulder that chased Indy himself. The film goes on to do parodies of everything from Conan the Barbarian to even a full music video version of the Dire Straits classic Money For Nothing.

At it’s core its an underdog story about a young man going up against The Man but done in a way only Al himself can accomplish. It is clear that everyone involved are dedicated to make this film work and the passion sure shows. With classic comedians such as Fran Drescher, Michael Richards, and many more, this is one that is very much a product of its time.

If you love comedy, if you enjoy parody, if you like puns and insanity, this is a film that will have you rolling on the floor in laughter. With iconic characters like Conan the Librarian and legendary commercials like Spatula City, this is one that keeps the laughs coming.

Here are a few of my favorite bits, just for a taste.

This is one you can get via streaming and digital services pretty much anywhere. You can also grab a copy for around $20 on bluray and it is totally worth it. Give it a go, I think you’ll have a blast.

And of course, the trailer for you: