Sometimes a band resonates with you in a way that you don’t realize it until many years later in life.  A certain song, a certain lyric, something from the band brings back memories of a better time in your life and you don’t quite know why.  Dulcinea is one of those albums, and it is today’s Stand Out Album. 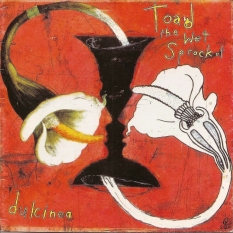 When Toad The Wet Sprocket arrived on the scene, I was already infatuated with my post Nirvana blues as I was searching for new music to fill the void.  Had I just looked over I would have found this band and who knows how my musical tastes would have been altered.  However, I didn’t, and while I would enjoy several of their songs in that time, it wouldn’t be until much later that I would realize I had always been a fan, I just didn’t know it.

For the next twenty years I would find myself humming along to songs like Fly From Heaven, All I Want, Walk On The Ocean, Fall Down, all while never realizing that these songs were all from a band I enjoyed but never really gave a chance to.  It was probably in 2009, I had just started using Spotify as my primary music source and, after giving Pandora a try and getting frustrated at the maintenance involved, when I happened across an song called Something’s Always Wrong and found myself back in 1994, a teenager wishing for more.  I was a teenager, around 16 years old and wondering if there was anything more in life than what I was going through.  I had just lost my favorite musician, had no idea who I or what I wanted to be in life and hated everything and everyone. I was probably either freshly dating someone or just had a breakup, as that is how most of High school went for me.  This song was one that, every time I heard it, it seemed to speak to me, yet I never  made the connection with the band who played it.  It was that radio hit that whispered to me in my sleep, telling me the truth I wanted to hear and all I did was ignore it.   Something was always wrong in those days and, no matter how open my life was, I was sure that the world was out to get me.  I had teenage angst, we all did back then.

After returning to the present, I made up lost time with the album and found that I had heard, and loved nearly every song on the album.  It was almost as if it had been in my collection the entire time, hiding behind the Posies and Counting Crows just waiting for me when I needed it most.

To this day, this album remains one of my all time favorites.  Glen Phillips has become one of my favorite singers and I have even taken to enjoy some of his solo work.   Dulcinea is an album of it’s time, a frank, honest album about the difficulty of being a youth in the 90’s , or for that matter, of the difficulty in being a youth in any age.  The young are normally ignored and told that it is not their time, so much so that when it finally becomes their time they don’t know what to do. So, they complete the circle by telling the youth the same thing again.  The irony of it all is that the future belongs to the young and they have no say in their own fates.  Sucks doesn’t it?

Damn, this whole album is so full of amazing tunes,  I really don’t know if there is a single song that isn’t good and that makes is so hard to pinpoint just a few.

If I were pressed to make a choice I would go with these, but ask me again and it would likely be three others.

First off let’s go with the opening track, Fly from Heaven.  It is deep and man is it good.

Next up, Something’s Always Wrong.  What an anthem for angst.

Finally, Crowing.  I have to say, this is one of Glen Phillips best tracks and I can listen to it over and over.

The remainder of the album is something to behold.  Give it a spin, I think you’ll dig it.

You can grab a copy here for $10, don’t make the mistake I did and pass up on such a great album for another 20 years.  This is one that you need to listen to now.  Trust me on that. You can also hear them on Spotify here but buy the album, it’s totally worth it.

On a side note, their name? Yeah it comes from a Monty Python sketch.  Cool huh?

Thanks for reading, If you would like to read more reviews I have a weekly series called Key Movies Of My Life that comes out every Wednesday and also a complete review of Star Trek Discovery. Be sure to check out our contributor Darkmovienight with the New Movie Reviews every Sunday.  You can also find a few of my other Music Reviews Here.