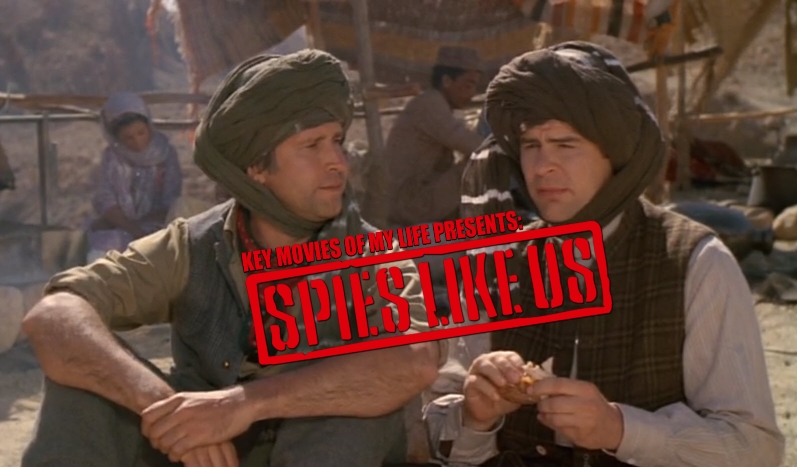 John Landis is one of the most prolific directors of his time, having directed over 45 films ranging from Comedies to Horror films, it seems as if there is nothing this man can not do.  One of my favorite comedies of his comes from 1985 and stars two of the most well known comedians of the 80’s Dan Aykroyd and Chevy Chase.   So, without further adieu, I present Spies Like Us.

Written as a tribute to the classic Bing Crosby/Bob Hope  ‘Road To…’ movies Spies Like Us is a country hopping comedy written by Dan Aykroyd and Dave Thomas (No not the Wendy’s Dave Thomas, the SCTV one.) and follows a pair of unlikely government agents who get swept up in an international mission to Moscow (via Pakistan). Discovering that they have been sent in as decoys for the real agents, they do their best to finish the mission they aren’t really supposed to be on.

I first saw this film as a kid and loved every minute of it.  I had already become a fan of Dan Aykroyd from his work on Ghostbusters, The Blues Brothers and of course his time on Saturday Night Live so when I found out that he and Chevy Chase were teaming up for a film, I knew this would be one I had to see.

The film itself is a silly one but fits in with the humor of the mid-80’s. I remember enjoying the absurdity of the movie and have probably watched it over one hundred times in my life.  Filled with a ton of cameos including, Landis regular Frank Oz, it is almost a who’s who of celebrity cameos throughout the film.

To me, this is absolutely one of the best of it’s time. Full of clever jokes, hilarious gags and great comedic timing, it shows Aykroyd and Chase in their prime. I can’t begin to tell you what a comedic gem this film is and it’s rather sad that not many people are aware of it.  This is one that rewards multiple viewings and with each one you will find more and more fun bits throughout.   To this day I haven’t looked at an abandoned drive through theater the same way, you’ll know what I mean when you finally watch the film.

Acting wise, the film is great.  Every person in the movie does a wonderful job with their roles whether they are supposed to be the serious characters or the homorus ones. Two of the key lead characters are played by Bruce Davidson and William Prince who portray Mrs Ruby and Keyes.   Throughout the film they remain the clandestine puppet masters behind the mission our intrepid team is on and they do everything they can to keep the two ‘master spies’ from knowing the truth of their mission. As usual, the two of them are solid in their portrayal and are truly a delight to see in action. 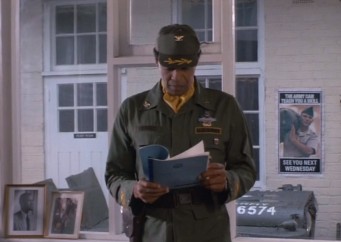 As I mentioned earlier, this film is full of amazing cameos.  Some of the coolest ones include Bobe Hope himself playing golf through the medical tent that our two heroes are occupying.  Additionally several famous directors such as Joel Coen, Terry Gilliam and Sam Raimi all make cameo appearances in the film.  One other trademark of John Landis can be seen early in the film with a poster that reads ‘ See You Next Wednesday’.  For fans of Landis, this phrase or title appears in nearly every one of his films.

You can pick this one up pretty cheap these days.  You can grab a DVD copy for around $7 or, if you wait for a sale, you can typically get a digital version for around $5.  No matter how you watch it, it’s more than worth it to give it a watch.

As normal, here is the trailer.