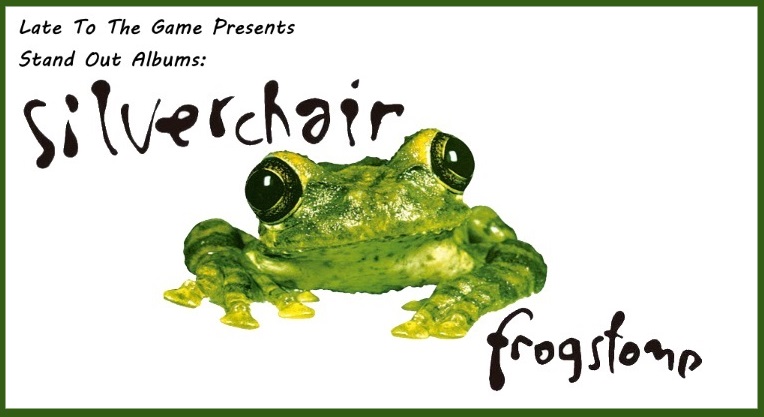 In the mid nineties music was coming at us from all corners.  New bands were cropping up in the aftermath of Grunge taking the style that erupted from Seattle into new areas giving rock a new tone and new feel.   One band that emerged having been inspired by that grunge sound was Silverchair and they were everything we wanted at that point.

Formed in Australia,  Silverchair consisted of three young teens who grew up loving the sounds of Nirvana and Pearl Jam.   This sound can be heard throughout today’s album in spades but when you realize that this album was performed by three teenage kids bare fifteen years old each, then it becomes clear that there is some serious talent in this band.

I remember hearing the track Tomorrow for the first time via the music video on MTV.  It was intense, disturbing and I loved every second of it.   It wasn’t long before I knew I wanted more of this band and tracked down the album as soon as I could.

The best way to describe this band is by taking every Seattle grunge band that existed and dropping them into a blender, then once they are blended thoroughly, the mix is strained through a sieve until only the most iconic and talented parts remain.   They are the embodiment of the grunge sound in a single band, channeling Eddie Vedder, Kurt Cobain, Kim Thayll and Dave Grohl through every track.   They are intense and have an amazingly polished sound for being so young.   Many tenured rockers today would be thrilled to release an album this well composed.

The album itself is one that is comprised of some of the most heartfelt songs coming out of the the teens of that time period.  There are adults who have experienced so much more in life who could never come close to articulating their emotions as well as these three Australian boys.  Not once do they come across as insincere or contrived as they talk about abuse, suicide, life choices and more.  Each time I hear this album, I am amazed at the depth hidden behind the heavy rock in each song.  There are few albums this pure and this intense making this one a rare gem.

Of course, I love the tune Tomorrow.  It is by far one of my favorite songs of the time and the version I am providing today was chose for two reasons.  One, it is a great version of the song and two, being a live performance, you can get a sense of just how young these guys where at the release of this album.  It’s a little humbling.

Suicidal Dream.   It seems that everyday we hear about another suicide from one of our icons.  This is a song that really embodies those dark feelings that now days more and more of our youth are feeling on a daily basis.  It is a song about how everyone who was bullied, who was shunned or left out has had those moments of suicidal thoughts.   It is a deep one, but a necessary message that should not be overlooked.

This one is getting harder and harder to find on cd but you can still grab them for cheap on discogs.  You can also give it a listen on Spotify with the more recent remastered edition.   It is pretty solid.

One thought on “Stand Out Albums: Silverchair ‘Frogstomp’ (1995)”