Key Movies Of My Life ‘James Bond Edition’: The World is Not Enough (1999)

The James Bond series was a monumental series for me growing up and, as I planned on featuring one of the 20+ films in the series as a Key Movie, I just couldn’t choose.  Since I can’t choose a single one, I am reviewing each and every Bond film continuing with today’s entry, The World is Not Enough

Brosnan is back as Special Agent James Bond, and this time he faces an international terrorist who can’t feel pain as 007 attempts to stop a nuclear plot and protect an oil heiress from the terrorist himself.  This is the 19th official film in the Bond franchise, The World is Not Enough.

When this movie arrived, I was already living on my own and made it a point to go see this film in the local theater. By this time Brosnan has cemented himself as my favorite incarnation of the famous British agent and I was ready for yet another adventure in the Jame Bond universe. While this is not my favorite in the Brosnan era, it is still a fun adventure and one that I really enjoyed watching again for this review.  So, on to the movie…

Bond films have always required some modicum of a suspension of disbelief, and this one is no different.  From ridiculous boat chases through city streets to a villain with a bullet in his head that makes him stronger as he nears death, this is one of the more over-the-top entries but still quite a fun one. 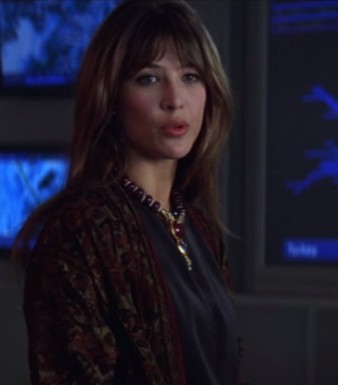 With a story involving one of ‘M’s’ previous cases, Bond is assigned to protect Elektra King after the death of King’s father at the end of Bond’s previous missions.  Elektra, played by Sophie Marceau, was once captured by the terrorist known as Renard and, even though rescued,  she never quite recovered.  Elektra is not your typical Bond Girl, initially coming across as an ally (and lover) to Bond, this film takes the Villain’s lover theme of previous films and turns it on it’s head.  Due to her kidnapping, she has developed an affinity toward extreme risk, siting that she needs to feel alive. Even though Renard, played by Robert Carlyle, is presented as the lead villain, The twist, and we get into spoiler territory here, is that Elektra herself is in fact the primary antagonist of the film.   In a twist that puts a spin on the typical lover of the villain betraying Bond trend of past films, it seems that her time in captivity led her to have a severe case of Stockholm Syndrome leading her to ally with Renard in order to take her revenge on M herself for using Elektra as bait a few years prior.  Yeah, it is a convoluted and fairly involved plot, but one that really plays out in a clever way. Ultimately, Marceau plays it very well and convincingly throughout, never really tipping her hand until the key moment where the plot demands it. 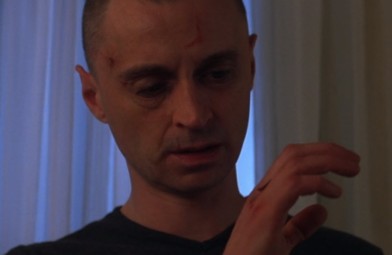 Even though somewhat wasted in this film, Robert Carlyle’s portrayal of the lead villain is solid and he plays it off as only he could.  While he is not the primary antagonist of the film he is still the linchpin of the entire plot, and plays it off beautifully.  This is a man with a death-wish who is, quite literally, teetering on deaths door as a bullet works it’s way into his brain, cutting off all of his nerve endings letting him push himself harder and further than any other man.  He plays the role with an impassive, emotionless grace that really shows the characters sociopathic nature. 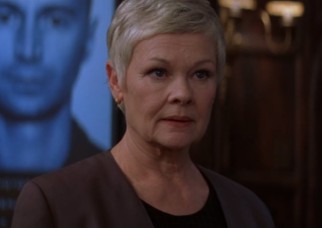 We finally get a little more background from the new M as played by Dame Judy Dench.  Having to be saved by Bond himself, we finally see the two of them realize just how much they rely on one another. We really get a chance to see that, while the current M has come across more of an accountant than a field agent, she still has what it takes to survive, even managing to hack a tracking device to alert Bond to her whereabouts eventually leading him (in a round about way) to her rescue.   M may still see Bond as a relic of the cold war but at least she now knows that he would stop at nothing to ensure her safety.  Additionally, we see the return of Valentin Zukovsky as played by the great Robbie Coletrane who once again plays the sometime ally to our favorite British Agent.  Sadly, this was the last time we would see Zukovsky in a Bond film.

As for the Bond Girls, in addition to Elektra, we are introduced to Nuclear Physicist Christmas Jones as played by Denise Richards.  Richards is probably the weakest link it the film but not as bad as she has been made out to be.  Sure, the costume designers really didn’t put much thought into her Tomb Raider-esque outfit and she isn’t all that convincing as a Physicist in her Barbie Doll demeanor, but she does her best with role she is given.  I get the feeling that this was her way to audition for the role of Laura Croft seeing that we had that film appear in 2001.  Sadly she didn’t land that role either. 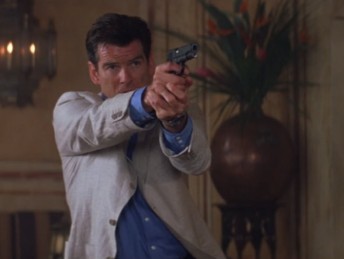 This brings us to Bond himself.  While Brosnan is once again at his best, this entry seems to be a little bit of a backslide for Bond as a character as he is back at his womanizing ways once again.  Even though the filmmakers were determined to capture a new youthful audience with this entry using a current popular band, a young popular star, airing the franchise on MTV to garner interest, and even casting a fairly popular musician in a villainous role, they seemed missed the mark by blatantly reinforcing Bond’s sexist ways.  I mean, sure, he always gets the girl but literally sleeping with one of the MI6 doctors to get a clean bill of health and then using his x-ray sunglasses to ogle women as he looked for weapons seems a little extreme.  That is not the somewhat progressive Bond of the last four films, that is a throwback to the Connery Bond and, frankly, that is not a good thing.  Outside of that, Brosnan brings the heat and it is clear he is a force to be reckoned with when it comes to saving the world.  There is no doubt throughout the film that this secret agent is in control even and ready to do what it takes to get the job done.

Of course, there is a new Bond Theme and this one is one of my favorite.   Performed by Scottish Band Garbage,  Shirley Mason’s vocals fit perfectly inline with the greats of the past films.  It also has a pretty good Music Video as well:

The film itself is the Bond Equivalent to a comic book superhero film with Bond leaping across rooms like Spider-Man and showing feats of superhuman strength as he faces off with a villain who can not feel pain.  Sure it is a less than believable story but then again, we all accepted a man with metal teeth and hat throwing assassin so really, at this point anything is believable.

On a sad note,  This film would mark the final appearance of Desmond Llewellyn in the role of Q.  Sure he set up a fine replacement with John Cleese, as R or Q2, but as the song says, Nobody Does It Better than Llewellyn. 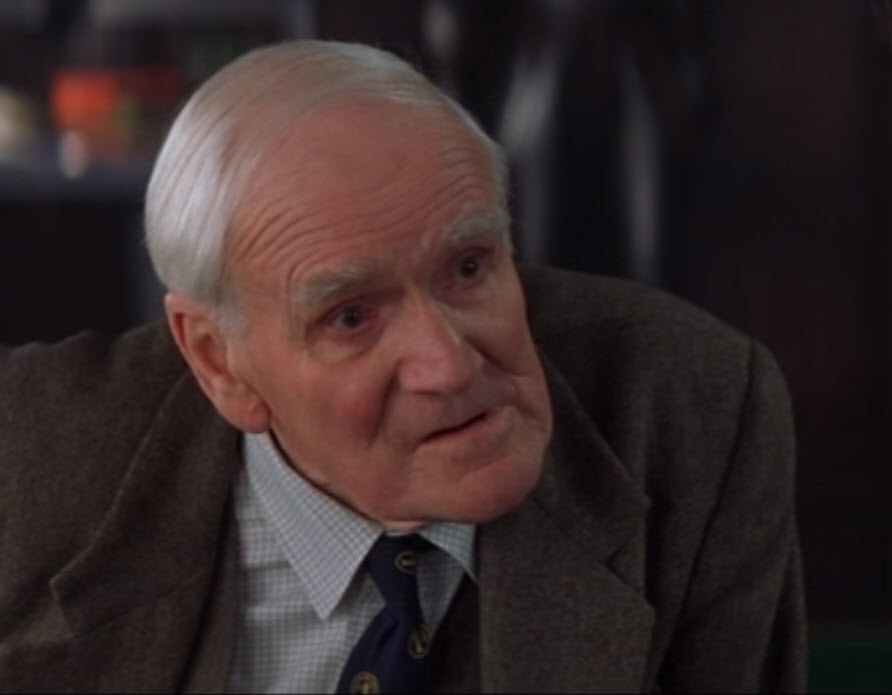 This one is available digitally or on home video pretty much anywhere you can buy movies.  Again, I have to recommend the Brosnan box set as his run is quite good overall and worth the price of admission.   Only one more left for Brosnan, as James Bond Returns in Die Another Day.

As the norm, the trailer: