The penultimate film in the Critter franchise and it all comes down to a matter of extinction issues. Seriously. The whole premise of this film spins right out of the final scene of Critters 3, in an attempt at conservation, Ug prevents Charlie from killing the final two Crites in existence. So now Charlie must prevent another infestation from happening but this time IN SPACE!!!!

As I said in the previous installments, no matter how bad this franchise got, I still love Critters in all it’s glory. The first two films are among my very favorite movies and continue to be to this day. Sadly, Critters 3 was pretty bad but left itself on a cliffhanger so, of course, I had to find out how they would end one of the most iconic series of it’s time.

After the atrocity that was Critters 3, I really had low expectations for a fourth installment and apparently so did the producers. Instead of an Earth based story, we take the tale to the reaches of outer space where we find that humans have now started to colonize the stars. Utilizing footage from the 1983 film Android, this is clearly a budget film that was never intended to be more than a quick buck effectively ending the Critter franchise in one final film. 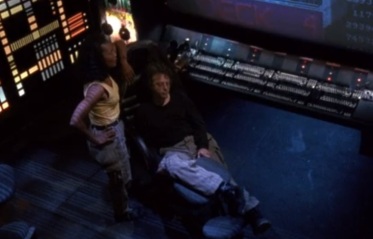 This movie plays like a bad made-for-tv scifi movie, something that would have been perfectly at home on the Scifi Channel any day in the 90’s. Like the previous film, it takes well over a half an hour before the Critters begin to even matter to the plot. This time they take are awakened by the Captain of the cargo ship that recovered the pod from the first film and he is promptly eaten. This, of course, inadvertently leads to a classic creature hunt aboard a space ship but not before some rather slow attempts at story telling and character building. Strangely enough, the Critters themselves are a rather minor part of the story in the grand scheme of things with the real drama coming from the crew trying to survive being eaten while on board a failing space station. I have to wonder if this was ever really intended to be a Critter movie in the first place. While it is not saying much, this film has a much better cast than the last entry and also happens to be the most star studded one with early roles for both Angela Basset and Brad Dourif serving as key characters in this rather dull Alien ripoff.

One thing I find interesting is that there is a strange budget Firefly-esque feel about the style of the ship and crew. So close, in fact, that it makes me wonder if this movie was one of Joss Wedon’s inspirations. 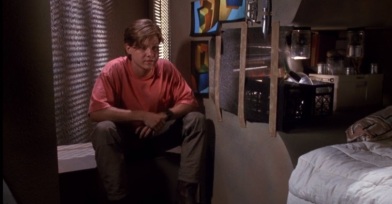 All in all, this is not the worst in the franchise but may be the most boring of the installments so far. It is a chore to get through the film and I found my viewing of it for this review to be a most painful experience. You would think this was the end but you would be wrong, last year yet another sequel was released and you can bet we will be discussing it in next weeks edition ‘Key Movies of My Life’. Let’s hope its at least a little better than today’s entry… 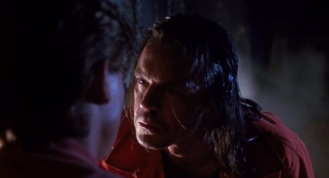 Once again, I can not recommend buying this one on it’s own but, like I said numerous times before, you can get all four in a box set for around $20 so if you are in for a B-movie night that starts at the high point and then crashes and burns in a spectacular fashion, this is absolutely the set for you. If you can find just the first two films, you are better off pretending the final two simply do not exist.