When I was a kid I watched a lot of movies, I still do, but as a kid television and movies were a major part of my life. Movies and television allowed me to escape that. It allowed me to go places outside of my reality. (Books, music and Video Games would later end up in that mix but that’s not what this is about.)

Directed by the already well known Francis Ford Coppola, The story of Bram Stoker’s Dracula is a simple one, A young Johnathan Harker (Keanu Reeves) sets off to conduct business with a certain Count Dracula (Gary Oldman).  Upon arriving he soon discovers that this man is more than he seems and soon Harker’s world is turned upsidedown when Dracula takes a liking to Harker’s fiance, Mina (Winona Ryder).  Soon, Harker must battle with Dracula and his dark forces with the help of Professor Van Helsing (Anthony Hopkins) in order to save the soul of his beloved Mina.

As I have mentioned in many of my film reviews, My father was a massive fan of horror, his favorite being the classic creature known as Dracula.  For years I was exposed to every iteration of this classic creature, from the original silent film ‘Nosferatu’ to the classic Hammer Films starring Christopher Lee and Peter Cushing. When it was announced that the famous filmmaker Francis Ford Coppola would be taking on the much adapted novel, the excitement in our home could almost be felt.   Upon releasing in the theaters, we, of course, went to see this dark masterpiece and found an instant classic, one that would remain at the top of our rankings for years to come.

There is no doubt in my mind that this is THE definitive adaptation of the classic novel by Bram Stoker.  From what could be considered the perfect example of 90’s casting to the incredible special effects, this film dives deeper into the mythos of the titular character than ever before, providing a back story and a much deeper reason for his lust for Mina Harker. In some ways, through the nearly perfect direction of Coppola, Bram Stoker’s Dracula gives the world’s most famous Vampire an almost redemptive quality that had never been seen before or really since.

Before we get into the incredible casting, let’s talk about the film itself.  When this film hit the theaters, Coppola’s fame had already been solidified through films such as Apocalypse Now and, of course, The Godfather franchise.  It was surprising that such an esteemed director would tackle the Horror Genre, a genre that was previously not taken very seriously by Hollywood at the time, and soon this film would become one that would be discussed everywhere.  Not only did Coppola do a phenomenal job directing the film, his vision was unwavering.  Demanding that the film utilize only practical special effects, eschewing the growing popularity for cgi, Coppola managed to marry the modern film style with classic film tricks creating a film that still holds up very well in today;s world of fully computer rendered films.

As I mentioned earlier, the cast is something of a ‘best of’ 90’s Hollywood.  It is a dream cast consisting of some of the most well known and well respected actors of their time.   I won’t dive into an analysis of each actor’s performance but I have to say, Everyone in the film bring their very best effort combining their efforts to create something truly magical. From the marvelous performance of Anthony Hopkins as Van Helsing to the more than impressive performance of musician Tom Waits as the perfect Renfield, I would be hard pressed to point out a single poorly acted role.  Even the much maligned performance of Keanu Reeves in the film really ages well even though he has to share the screen with someone who would make anyone look like an amateur, that person, well you guessed it, Gary Oldman. 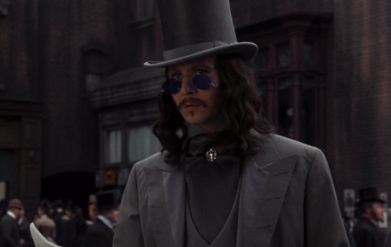 There is no denying that Oldman dominates this film and I would be surprised to find a review that does not revel in his immaculate performance.  It still shocks me to this day that Oldman has only one a single Academy Award in his career despite numerous nominations, but I guess that just shows you how political those awards are.  Oldman simply owns this film providing a version of Dracula that rivals that of Bela Lugosi from the original black and white classic.  His stage presence is something to marvel at as he both supports and overpowers his costars simply by being in the same scene.  I would be hesitant to say that this is Oldman’s finest performance, as he has had so many in his career, but it is certainly one of his finest. 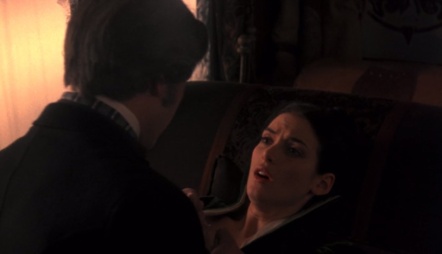 I would be remiss to not mention the incredible score by Wojciech Kilar. Every film needs a score to glue the film and the story together and Kilar’s score not only provides the glue but also enhances every scene with a raw emotion that can be felt in every frame.   Although Kilar passed away in 2013, he has left a legacy that can not be ignored.

If it is not obvious, I love this film and find it to be one of the most iconic and important horror films to exist.  This is one of those movies that you must see before you die whether you are a horror fan or not.  It is not one that jumps out and scares you, it is not one that creeps into your home through the edges of your mind, it is a film that provides a dark and satisfying love story that you will never forget.  It’s magnificent script, incredible cast, astonishing special effects and wondrous score is one that you must experience for yourself in order to truly appreciate.  If you haven’t seen it yet, stop reading this and treat yourself to one of the best films of it’s time, go see Bram Stoker’s Dracula, you owe it to yourself.

I really doubt that Bram Stoker’s Dracula will ever go out of print.  This is one that honestly should be included in the Library of Congress if it hasn’t yet and can still be found in pretty much any format you could want.

I recommend the bluray edition as it really gives a nice transfer from the original film into a digital format.   You can get a copy here for about $20 and it is more than worth your money.  Do it, do it now!

As usual, the original teaser trailer. Yeah, this certainly captured our interest: