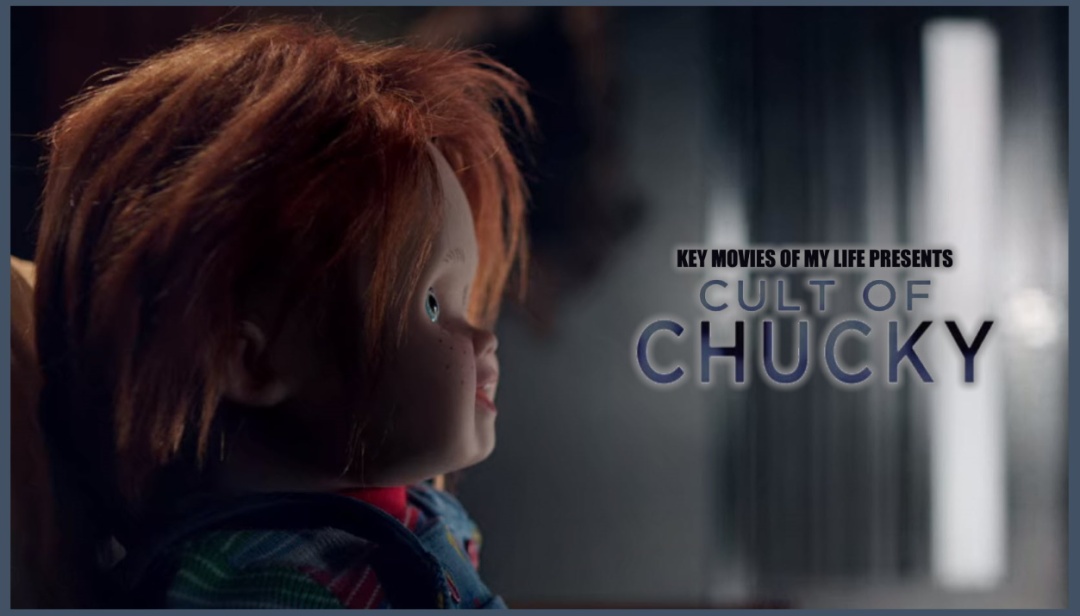 There were key movies in my life that helped to make me who I am today. Movies that I have loved from the moment the opening credit rolled and still love now. This blog series is about those, My guilty pleasures, my favorites, my escapes. Some were very popular, others not so much. Some of these will have some real life take-aways, others are just for fun. Today we discuss Cult of Chucky.

Having been blamed for the deaths of her family in friends, Nica (Fiona Dourif) has spent the last few years in an asylum. Now convinced that she was indeed a murderer, she is shocked to discover that Chucky is real and his old friend Andy is after him.

As I mentioned in my reviews of Curse of Chucky and Seed of Chucky, normally this blog series is reserved for films that I grew up with, that shaped me in some way. However, when I started writing about the Child’s Play franchise I found myself really enjoying the story and finally taking the time to continue past Bride of Chucky (the last film of the franchise I saw before I moved on to others). While Seed of Chucky took a very strange turn, I was shocked with just how good the next film, Curse of Chucky was. So, here we are, and, if you haven’t been following along, now is the time to go back and check out the previous reviews. here, I’ll make it easy for ya. Caught up? Good. Okay then. lets get on with this review. 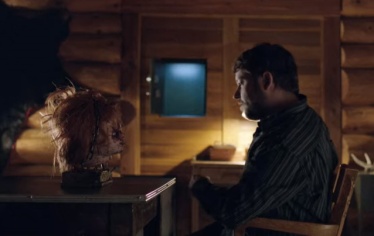 From the start you can tell this film intends to bring things full circle. Andy returns not just in character but also in the form of the original Child’s Play actor Alex Vincent who, after over 25 years has been preparing for the return of Chucky for most of his life. In fact, we see that Andy has captured Chucky himself and has decided to torture the doll that destroyed his youth.

However, this story doesn’t just focus on the past, but manages to tie in the current story-line as well as we find Nica, the survivor from the previous film, has been spending time in an insane asylum for murders she did not commit. The story lines merge in a final showdown of the past and the present but with a twist as only Don Mancini can tell.

If anything, this film shows just how pliable the character of Chucky is to the time period he is depicted in. Since his creation at the height of the slasher craze in the 80’s these films have had the uncanny ability to adjust to their decade with ease. From it’s slasher roots to its de-evolution into late 90’s comedy-horror, this current incarnation is not only a return to it’s roots but takes on the thriller/psychological horror which has become so popular today.

While still a direct to home-video release, Don Mancini uses the film’s budget in only the best way possible relying on a tremendous cast and excellent cinematography to craft a dark and fully satisfying tale revolving around the killer doll we all know and love as he works his way through an insane asylum in order to get vengeance on Nica. Chucky is absolutely back but, as usual, there are twists and turns galore making this possibly the best entry in the Child’s Play franchise. I certainly hope we get another in the Don Mancini universe of Chucky films because how this ends brings back a character I had hopped we would see again (Well, the unrated cut of the film does.). I fear that may never happen since they did try to reboot the franchise with an all new take on the tiny terror, but lets hope we get more.

At the time of this writing the Rated version of Cult of Chucky is available via Netflix but if you want to check out the version with a really rad end credit moment, you should pick up the unrated version on home video. I have to say it again, this is a solid Child’s Play film through and through adding to the Chucky universe in way’s that just work perfectly.

With this we wrap the iconic franchise that has managed to last over 25 years and, I am sure, will find a way to last well into the future. Should Mancini make another, you can bet we will cover it here. Until then you better get some sleep because you might not be able to after the next series of reviews….