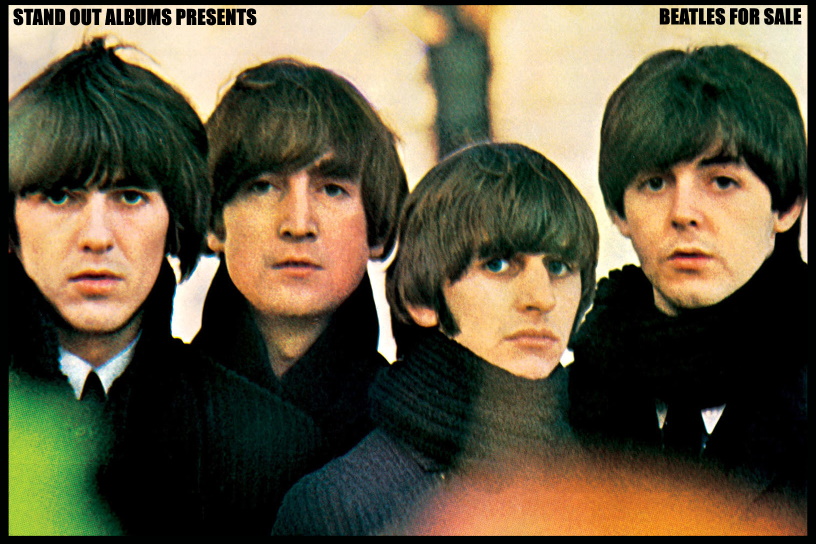 Stand Out Albums has been a showcase for my favorite albums across the vast performers that I love.  Covering a little bit of everything from classic rock to country hits, much like Key Movies of My Life, it has been the albums that shaped me.  This year, I am going to take a slightly different approach by discussing the discographies of my favorite musicians, album by album, in release order.  Today we talk about the Beatles Fourth Studio effort entitled Beatles For Sale.

Please note, for simplicities sake we are reviewing the original Parlophone releases as they were released in Europe and not the Capitol Record releases which propelled the Beatles fandom in America.  Don’t get me wrong, the Capitol Records were fine but, to me, the original Parlophone records give you a much broader sense of their style and more accurate evolution of their songwriting skills.

There was no bigger time for Beatlemania at the time of this album’s release and it shows.  They had not only made a feature film, but the Fab four had even made the jump to international stardom with their fandom now in nearly every country of the world.    With this, there is a hint of their change of pace with their original songs being more somber and downbeat creating a contradiction with the more upbeat covers such as Kansas City/Hey Hey Hey and Rock and Roll Music. According to George Martin, they were tired or ‘war weary’ as he put it and, it showed.

While Beatles For Sale is an album that is often ignored, to me, it is one of the albums that really showed The Beatles begin their transition from club musicians to artists.  There is a subtle yet poignant sound throughout the album that is unmistakably some of the earliest shifts toward their more experimental sound.  While we would not get the full experimental treatment for a few more albums, the intention is there and it is good.

This is a track that you can really hear the early evolution of this band.  Much like I mentioned about the tune Anytime At All on A Hard Day’s Night, I’ll Follow the Sun shows a transition to deeper harmonies and more complicated songwriting for the four lads.  It is certainly more somber than Anytime at All but it is no less for it.

For a cover song, it is hard to improve on Buddy Holly but the Beatles do so in every way with Words of Love.  Taking the original and adding their own flair to it, the Fab Four create a tremendous harmony that makes this the definitive version of the classic tune.

This is one that I love simply because of how well written it is.  I Don’t Want To Spoil The Party is song tells the tale of someone who is longing for a lost love, arrives at a party only to decide that he is too sad to be there without her and ops to leave so he doesn’t bring everyone down.   It’s sad and remorseful but so very good.

As usual, grab a copy here from Amoeba.  They rock and you should buy things from them.  Why?  Why not.  However, if you want to stream it instead, check it out here on Spotify.  Either way, just listen to it.