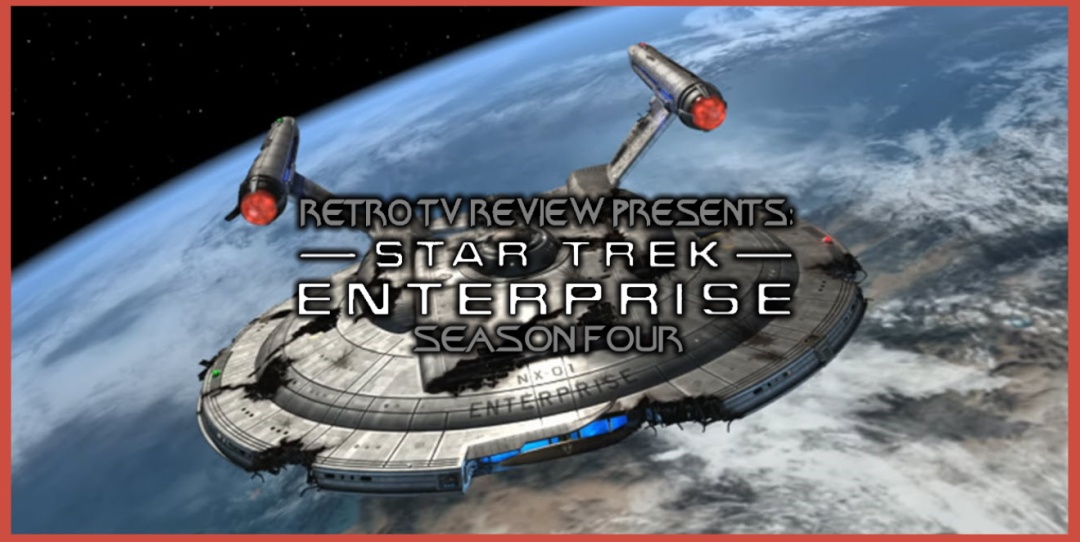 A familiar face shows up on this episode but…it’s not who you think he is… Originally broadcast on October 29, 2004 this is Borderland.

After a Klingon ship is massacred by two Augmented humans, a newly retrofitted Enterprise is sent to escort the war criminal Doctor Arik Soong to bring these Augments back dead or alive.  No sooner does the ship arrive at their destination, they are attacked by Orions who end up taking some of the crew prisoner.  Archer is forced to team up with Soong, who is clearly not a good person, to find the Augments and save the crewmen.  It turns out this was all a ploy to help Soong escape and, after saving the crew, Enterprise is boarded by Augments who release Soong and, of course, Soong escapes in a Klingon Bird of Prey with the intent to go get the rest of his Augmented Children…

Ok, so after the last episode, I got the sense that this series was setting up a whole new direction for this series.  Between the ‘Archer finding his purpose’ and the ‘Tripp and T’Pol relationship drama’ but..instead the series just decides to drop those massive events and move over into something different…and frankly…it works.

It has taken three whole seasons but….dayum this is the Enterprise series I was hoping for from the start. Not only do we get some legitimate Klingon action from the start but this episode acts as somewhat of a prequel to the Khan storyline from the Original Series as well as a direct tie in to Data’s family by introducing Arik Soong played by?  Yep Brent Spiner himself.  The Data connection is obvious, Soong is clearly an ancestor to the same Doctor Noonian Soong who created both Data and Lore among others.  The bigger connection to future Trek is the revelation that Starfleet have kept Augmented fetus’ from the Eugenics wars even though genetic manipulation has been outlawed.  It is because of this that Arik Soong was able to not only steal but grow an entirely new race of Augmented Humans who, well, want to go and recue their daddy.  This sets up a tremendous storyline that we are not quite done with.

Now, one interesting bit we are introduced to are the Orion slavers. While they had been mentioned in the past and we see an Orion slave girl (that green girl) in the original series we never got a real feel of how bad these people really are.  Well, let’s just say they are pretty terrible.  and their techniques of stealing people off of ships is pretty quick and quite precise.  While there isn’t a massive exploration of the Orion culture, it is a great reference to the classic series and opens the door for more later on.

Seeing as this is only the first in a three part story, I can’t really judge this on it’s own, but as an introductory episode that brings back one of my favorite Trek actors while also reintroducing Augmented Humans, well, it’s certainly off to a great start.

Next time we visit part 2 With Cold Station 12!

Thanks for reading the Retro TV Review,  I look forward to discussing the rest of the series with you, one episode at a time every Monday, Wednesday and Friday!  Next Review:  Cold Station 12